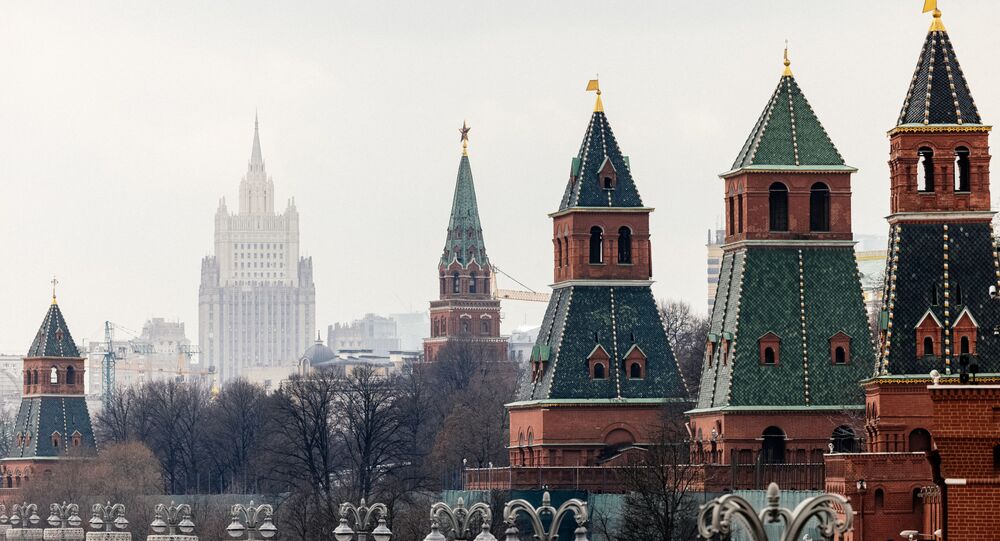 The British newspaper previously reported, citing what it claims are leaked Russian documents, that President Vladimir Putin approved a secret operation to support the Republican candidate in the 2016 US presidential election.

The Guardian article, which claims that the Russian leadership "agreed" to back Donald Trump in 2016, is false, Kremlin spokesman Dmitry Peskov said on Friday.

"I commented on this several times yesterday, it seems to me that there is nothing much more to comment on. This is a complete lie, a classic fake, just another example [of fake news]", Peskov told the press.

© AFP 2021 / ANDY JACOBSOHN
Former US President Donald Trump pumps his fist as he walks off after speaking at the Conservative Political Action Conference (CPAC) in Dallas, Texas on July 11, 2021

The "exclusive documents", which The Guardian claims to base its report on, call Trump an "impulsive, mentally unstable and unbalanced individual who suffers from an inferiority complex", while saying that Moscow supported him in order to weaken the US worldwide.

According to the report, Moscow may also have collected compromising intel on Trump, in particular regarding his "non-official visits" to Russia. At the same time, the newspaper stressed that Western intelligence services were aware of these alleged Kremlin documents.

In recent years, Moscow has repeatedly slammed accusations of "Russian meddling", stressing that zero evidence has been presented by proponents of the theory to support any of the claims. The Kremlin noted that the claims of Russian interference in the 2016 election were just part of an internal political struggle in the US.