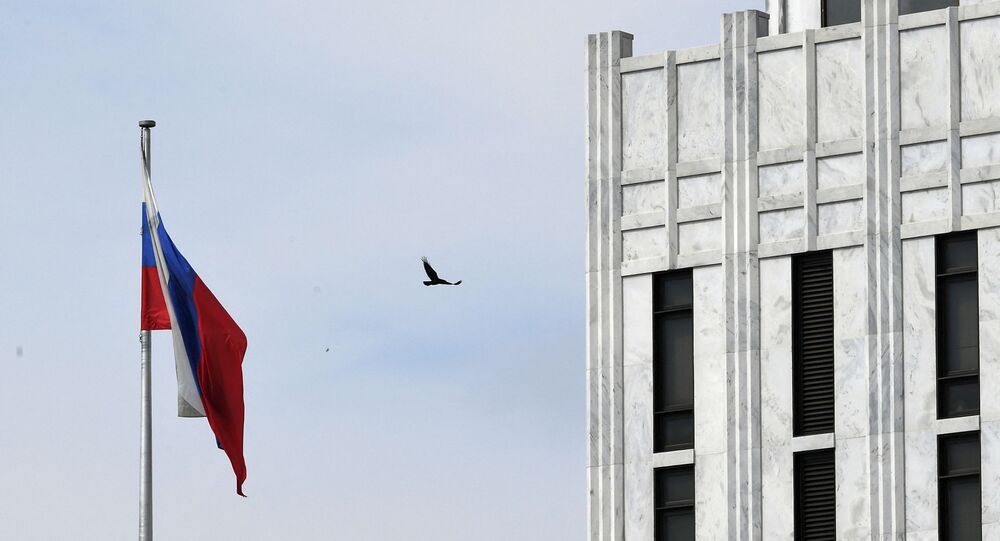 WASHINGTON (Sputnik) - The latest sanctions imposed by the United States against Russian companies contradicts the Geneva summit statements that call for normalization of bilateral relations, the Russian Embassy in Washington said in a statement.

"This is another confrontational step as part of Washington's deliberate efforts to restrict the access of domestic enterprises to high-precision technologies from abroad," the statement said on Friday. "This fundamentally contradicts with the statements of the United States authorities, including during the summit in Geneva, about the need to normalize the entire range of bilateral relations."

The US government blacklisted 34 foreign entities, including 23 from China, in connection to the situation in the Xinjiang province as well as six companies from Russia for procurement of military electronic components, according to the Commerce Department ruling published on Monday.

"We paid attention to the conclusion of the Commerce Department. It concerns export control lists, which included Moscow firms working with microelectronics," the Russian Embassy said. "At the same time, the American side again did not provide any specifics as to which violations were revealed."

Most Chinese companies added to the economic blacklist "have been implicated in human rights violations and abuses in the implementation of China’s campaign of repression, mass detention, and high-technology surveillance against Uyghurs, Kazakhs, and other members of Muslim minority groups in the Xinjiang Uyghur Autonomous Region," according to the ruling. However, China has routinely denied any wrongdoing.

The Russian entities found themselves on the US black list due to their alleged involvement in the procurement of US-made electronic components which are deemed by Washington as capable of advancing Russian military programs, according to the document.

Other additions to the blacklist include entities from Canada, Iran, Lebanon, Netherlands, Pakistan, Singapore, South Korea, Taiwan, Turkey, the United Arab Emirates, and the United Kingdom.

Moscow: SWIFT Could Get Embroiled in ‘Sanctions Spiral’ Against Russia