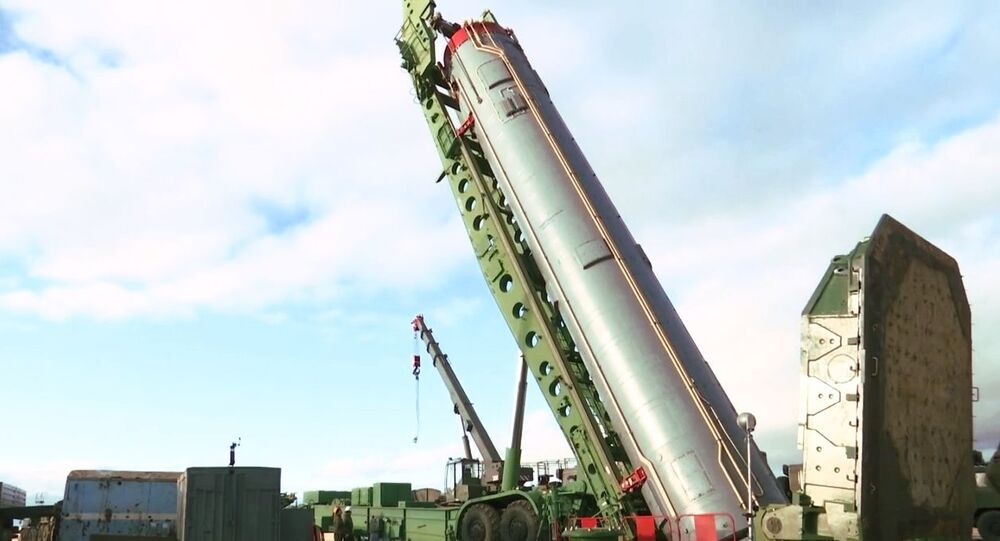 MOSCOW (Sputnik) - Moscow is not ruling out a dialogue with the United States on Russia’s latest weapons systems if it also includes talks on American prospective hypersonic weapons and other issues, Deputy Foreign Minister Sergey Ryabkov said.

"I do not know, but I think that you can't do it without talking about them [Russian weapons systems]. But equally, Americans must proceed from the fact that we will talk about a whole series of their systems that bother us … these are the prospects for the appearance of US intermediate- and shorter-range missiles in Europe and the Asia-Pacific region, this is space, these are US hypersonic [weapons], these are also US conventional systems, which are designed to solve strategic problems and a number of other aspects," Ryabkov said in an interview with the Mezhdunarodnaya Zhizn magazine, published on Tuesday.

The US still believes that it is able to provide its own security by creating the global missile defense system and devaluing other countries’ strategic potentials, the diplomat noted. This is the only reason why Russia has obtained its new weapons systems, as it seeks to prevent the diminishing of its own security guarantees, he explained.

During the Geneva summit on June 16, presidents Vladimir Putin and Joe Biden agreed to launch a dialogue on strategic stability that must lay the groundwork for future arms control. In addition, the two leaders reaffirmed commitment to the principle that a nuclear war cannot be won and must never be fought.