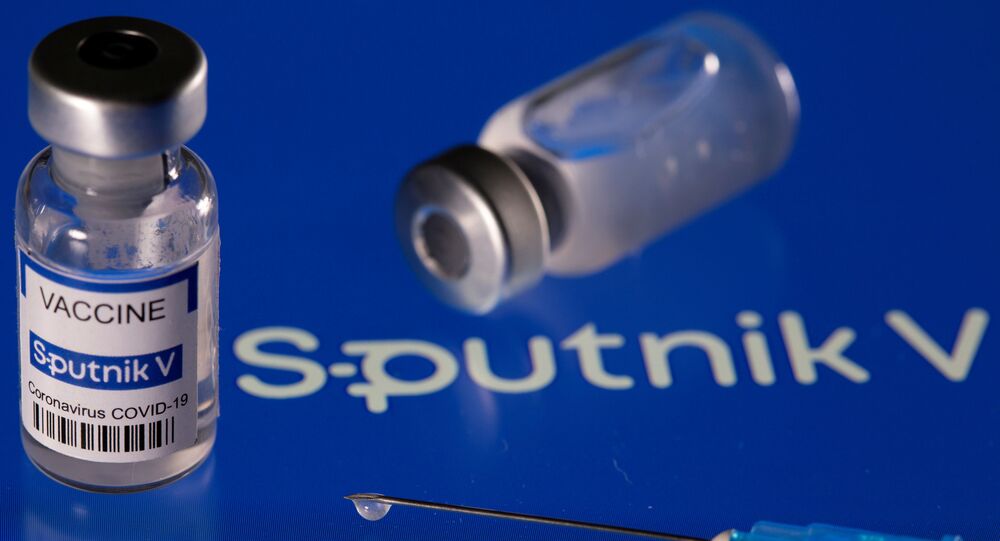 President Putin Says He Has Been Vaccinated With Sputnik V

The president received his first shot back in March, but the Kremlin at the time declined to reveal which Russian vaccine he had used.

Russian President Vladimir Putin said that he received the Sputnik V jab, addressing the vaccination issues during his Q&A session on Wednesday.

"I made the decision for myself to be vaccinated with Sputnik V, especially since our Armed Forces are using Sputnik V - and I'm the commander-in-chief, after all", he said during the event.

According to the president, he felt nothing after the first jab, while after the second one his temperature rose a bit.

Putin noted that he was asked not to disclose which vaccine he had used in order to avoid creating an unfair advantage for the medication.

At the same time, the president stressed that while vaccination is the only way of preventing the coronavirus from spreading further, it should remain voluntary.

"I do not support compulsory vaccination and continue to adhere to this stance", he said when asked about the need to inoculate citizens amid a spike in COVID-19 cases.

"It is well known, specialists have said this many times, both on TV and on the Internet … we can prevent the further spread of the pandemic only by using vaccinations. We have this opportunity, we have four vaccines; they are very highly technological, safe, and effective. So I hope the prejudices of some of our citizens will disappear as vaccination continues", Putin added.

So far, Russia has registered four coronavirus vaccines: Sputnik V (the world’s first officially certified vaccine against COVID-19) developed by the Gamaleya Institute and its single-dose version Sputnik Light; EpiVacCorona, developed by the Novosibirsk research centre Vector, and CoviVac, made by the Chumakov Research Institute.

According to recent data, at least 23 million Russians have received at least one vaccine shot.