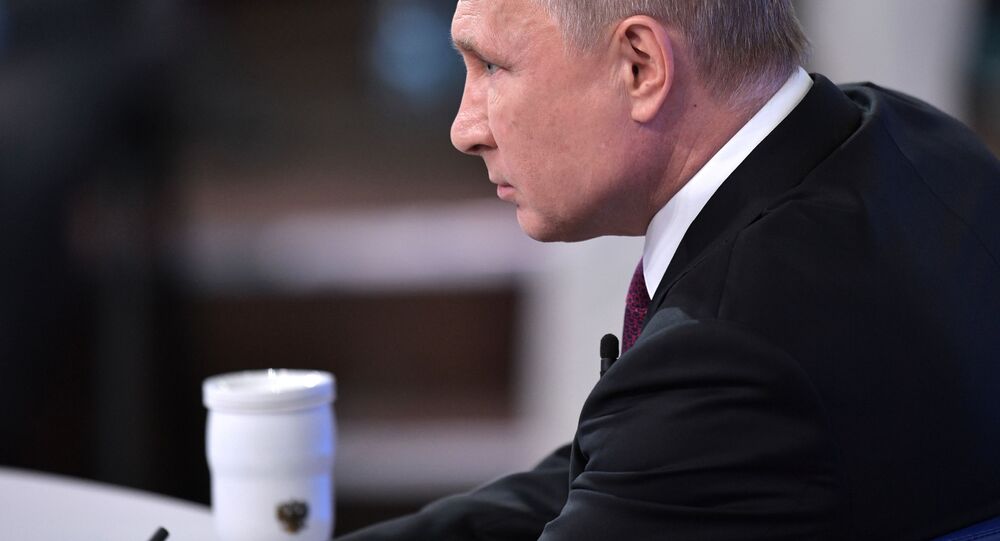 MOSCOW (Sputnik) - The coronavirus will not be a concern during the annual Q&A session with Russian President Vladimir Putin, as modern technology will allow everyone to ask their questions in different formats, Kremlin spokesman Dmitry Peskov said on Tuesday.

"This year...thanks to technology, smartphone applications, we provided the opportunity for the country’s citizens to independently ask the president their questions", Peskov explained.

He specified that people will be able to submit their questions via text messages, post them on the website, or send in a voice message, do a video call, or just a regular phone call, among other means.

"This is how we protect ourselves against breaches of safety regulations", Peskov said.

According to the Kremlin, anyone can submit their questions for the show starting from 12 pm local time on 20 June, until the end of the program on 30 June, either via a special mobile application and text or MMS messages, or through the show’s website and social networks.

The tradition of holding live Q&A sessions to field questions from the public was introduced by Putin during his first term as the Russian president in 2001.