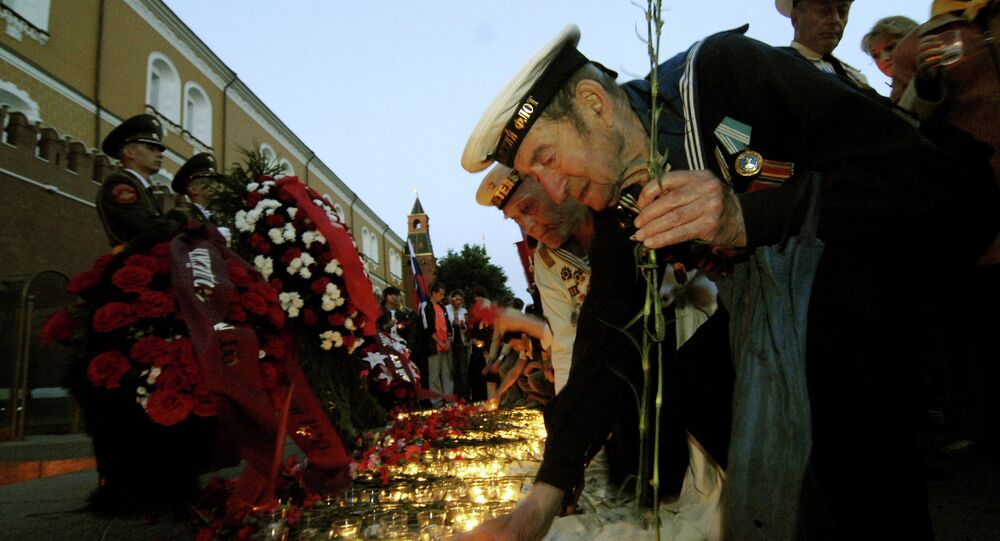 Russia Holds Sacred Memory of Those Heroes Who Fought Against Nazism, Putin Says

MOSCOW (Sputnik) - Russia holds sacred the memory of the heroes who fought against Nazism and remembers with gratitude its allies in the anti-Hitler coalition, President Vladimir Putin said on the 80th anniversary of the Nazi attack on the Soviet Union.

"We hold sacred the memory of the heroes who fought against Nazism. We remember with gratitude our allies in the anti-Hitler coalition, participants in the Resistance movement, and German anti-fascists who brought our common victory closer", Putin said in his article "Being Open, Despite the Past" for the German newspaper Die Zeit, released on the Kremlin website.

Putin is also expected to lay a wreath at the Tomb of the Unknown Soldier later in the day.

On 22 June, Russia commemorates the 80th anniversary of the beginning of the Great Patriotic War and the Nazi invasion of the Soviet Union. Earlier, Russian diplomats in the United States led by Ambassador Anatoly Antonov lit candles to commemorate the event.