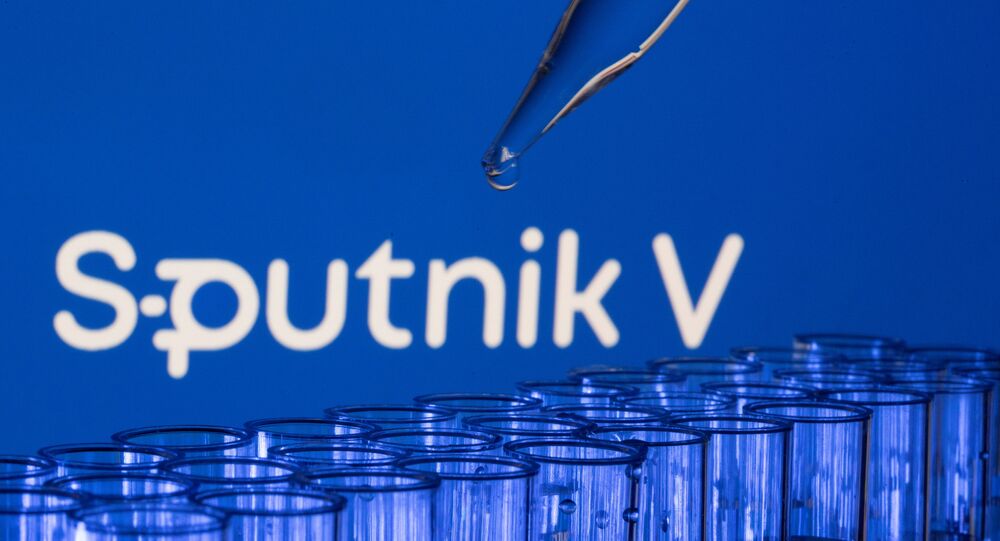 In 2020 the makers of the Russian Sputnik V jab introduced a new approach to anti-COVID immunization by mixing vaccines. This year the method has once again proven to be successful by researchers who used other jabs.

“Heterologous immunization” has recently become a hot topic for scientists at the front lines of anti-COVID vaccination programs worldwide. In layman’s terms it means “mixing and matching” different vaccines to achieve a better immune response, and, as it appears, the method works.

A recent study by the German University of Saarland, conducted among 250 persons who received various combinations of Pfizer and AstraZeneca vaccines, showed that there are certain benefits to mixing different jabs. The goal of the survey was to see how many antibodies appeared in the blood of those who underwent the trials, and to evaluate the reaction of protective T-cells after people received a combination of the two vaccines.

The German study has shown that the combination of Pfizer and AstraZeneca, as well as a double dose of Pfizer have been outperforming a double AstraZeneca jab. People who underwent the first two types of vaccinations had 10 times more protective antibodies against coronavirus than the latter group. When it comes to the formation of the so-called T-cells – “vaccine cocktails” were also superior.

While mainstream media all over the world described the study on revolutionary jab mixes as something totally new, in reality it wasn’t.

Sputnik V, The First “Vaccine Cocktail” in the Global Market

Russian scientists have been using “the cocktail method” since 2019, when the Gamaleya Center rolled out a jab against MERS. When it came to the creation its COVID vaccine, scientists relied on the technology again: the world’s first jab against the novel virus included not one, but a combination of two, carrier adenovirus vectors.

There are several reasons for the “double shot” strategy. First, the individual may have already gotten in contact with one of the two types of adenoviruses in the past, and the second is almost certainly totally new for the person’s immune system, which makes it possible for the vaccine to work efficiently. Another reason is the “boost” factor, which doubles the positive effect of the jab and reinforces the first dose.

Another important reason for injecting two different adenoviral vectors is the immune reaction. Using the same type of adenovirus in two shots could lead to the body developing an immune response against the vector and destroying it when the second dose is administered.

Sputnik V is the 1st vaccine cocktail 🍸of Ad26 and Ad5 vectors for stronger immunity. Sputnik V started 1st clinical trial of mixing its shot with another vaccine. @ScienceMagazine, without mentioning us, is recognizing the brilliance of our approach☺️✌️https://t.co/YPFtREIvl2

The study on the safety and efficacy of Sputnik V, published by the Lancet Magazine in February of 2021, has shown that “the heterologous prime-boost regimen of vaccination provides robust humoral and cellular immune responses, with 91.6% efficacy against COVID-19.”

The Lancet has also used the scientific term “heterologous recombinant adenovirus approach”, or, simply, “the cocktail method” in regard to the Russian vaccine. The February Lancet article pointed out that “among the major COVID vaccines in development to date, only Gam-COVID-Vac (Sputnik V’s scientific name) uses this approach; others, such as the Oxford–AstraZeneca vaccine, use the same material for both doses.”

Sputnik V makers were also the first to launch an inter-vaccine collaboration, back in the end of 2020. The Gamaleya institute/RDIF team reached out and started joint clinical trials with AstraZeneca, focusing on using a combination of two different vaccines to boost the efficacy of AZ shots from 62.1% to 90%.

Talks on the matter were prompted by an offer that Russians made via Twitter, started in November of 2020, and in December of that same year a memorandum was signed by AstraZeneca, the Russian Direct Investment Fund, Russian drug maker R-Pharm and the Gameleya Institute, facilitating further cooperation between the companies.

#SputnikV uses 2 different human adenoviral vectors for 2 vaccine shots to ensure that immunity to the 1st does not make the 2nd less effective. We offered @AstraZeneca to use one of our vectors so they can also have two vectors in their vaccine. AZ confirmed. https://t.co/ft4ULcD4T5

Even though the results of the joint clinical trials are yet to be published, preliminary findings are already seen as positive. According to Dr. Debkishore Gupta, a consultant at the Clinical Microbiology & Infectious Diseases in India’s Ruby General Hospital “the partnership between Sputnik V and AstraZeneca can benefit the latter in a huge way”.

Sputnik is a vaccine against the novel coronavirus, which has already received an official approval in 67 countries with a total population of 3.5 billion.

With the recent authorization in Brazil, Sputnik V is now in 67 countries. pic.twitter.com/LcY6W6l5BC

It has a proven 91.6% efficacy against COVID-19, higher in some recent trials, with the Bahrain vaccination campaign demonstrating a 94.3% efficacy.

Even though some EU countries, such as Hungary, have authorized the use of Sputnik V, the European Medicines Agency (EMA), and the agency’s human medicines committee in particular, which started a rolling review of the Russian vaccine in March of 2021, have yet to approve it for broader use across the EU.