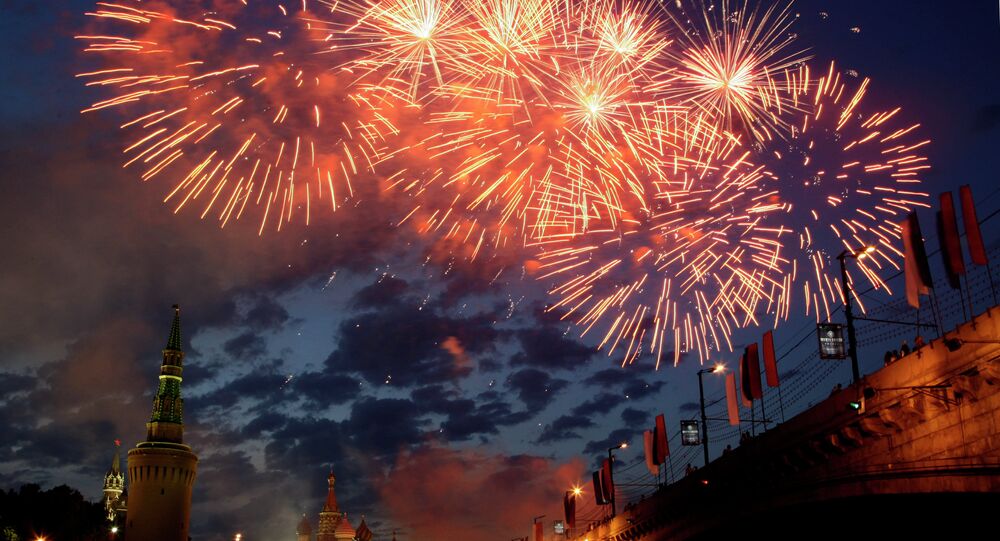 MOSCOW (Sputnik) - President Vladimir Putin has congratulated the nation on Russia Day during the national awards ceremony on Saturday.

"I am happy to welcome you in the Kremlin and, first of all, congratulate those who gathered in this hall and all citizens of our country on the holiday, Russia Day", Putin said.

The president added that the day marks not only the country’s modern development but also "its centuries-old, continuous way, the greatness of its history, accomplishments, victories and achievements." According to him, "this richest heritage was created by many generations of our ancestors".

© Sputnik / Sergei Ilyin
Russian President Vladimir Putin is taking part in a videoconference in the launch of the Amur gas processing plant of the Gazprom company.

Russia Day is one of the country's youngest and most important holidays. It is celebrated since 1992 to commemorate the events of 12 June, 1990, when the First Congress of People’s Deputies of the Russian Soviet Federative Socialistic Republic, a part of the Soviet Union then, adopted the Declaration of RSFSR State Sovereignty.