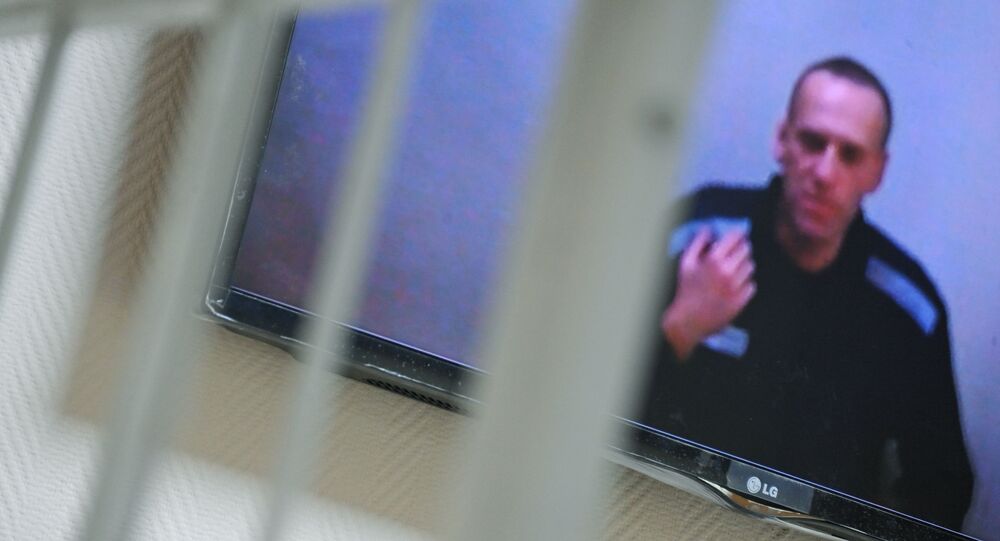 MOSCOW (Sputnik) - A Moscow court outlawed the Anti-Corruption Foundation (FBK, designated a foreign agent by the Russian Ministry of Justice), founded by Russian vlogger Alexey Navalny, and ruled that it should stop all operations in the country effective immediately, the court's press service told Sputnik on Wednesday.

The court made the decision to abolish the FBK and the Citizens' Rights Protection Foundation, as well as ban the activities of Navalny's campaign offices after recognizing them as extremist.

"The ruling concerning the termination of activities of these organizations comes into force immediately," the court said.

The prosecution said that the court's decision to recognize the FBK and other organizations as extremist is "lawful and justified."

Prosecutors connected to the case are under state protection.

The three organizations were accused of "creating conditions for changing the foundations of the constitutional system, toppling the government, and creating the scenario of a color revolution," according to the prosecutors.

Additionally, the prosecution argued that the FBK used various political techniques to "achieve destructive goals," such as "organizing and holding protest actions with the participation of minors," defense lawyer Ivan Pavlov wrote in his Telegram channel.

The defense considers the arguments of the prosecutor's office unfounded. Pavlov stressed that the transition of power is a basic constitutional principle and the right to peaceful assembly is also enshrined in the basic law. Furthermore, the concept of a "color revolution" is not legally acknowledged and cannot be used as an argument in court, the defense said.

The defense announced its intention to appeal the decision.

The hearing of the case was held behind closed doors, as some of the materials received by the court were classified. The court has also ruled that the remaining FBK assets after paying off creditors be transferred to the state.

As for Navalny, he returned to Moscow in January after seeking medical treatment in Berlin for suspected poisoning. Currently, he is serving a prison sentence for violating the terms of his suspended sentence in the 2014 Yves Rocher fraud case. The initial sentence of 3.5 years in prison was lowered to 2.5 years by Moscow city court earlier, although the verdict was upheld.