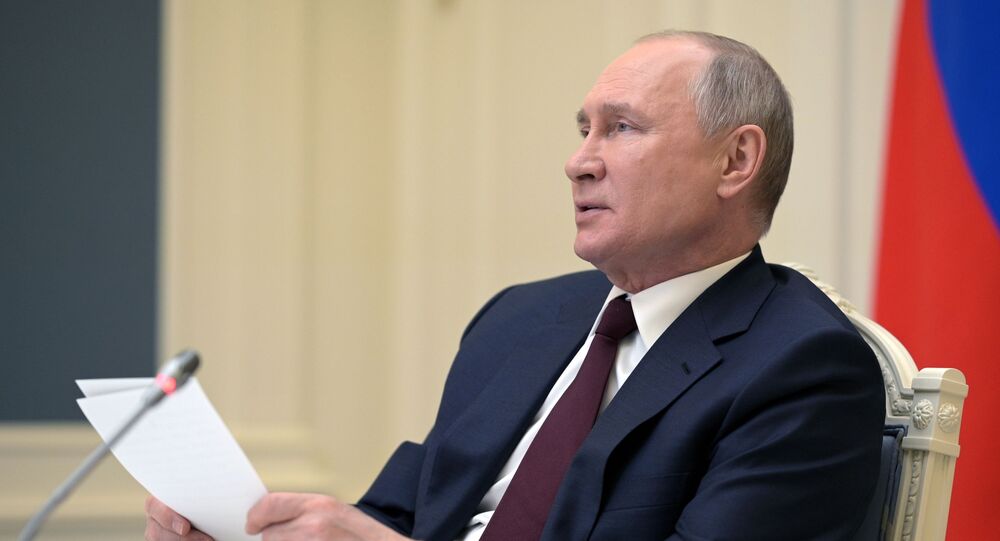 Moscow previously expressed hope that Putin and Biden would discuss global strategic stability and US-Russia relations at the upcoming talks in Geneva. The White House has noted that the agenda will include issues relating to Ukraine and Belarus, the New START treaty, and the situation in Iran.

Russian President Vladimir Putin said during a speech at the 24th St. Petersburg International Economic Forum (SPIEF) that he and US President Joe Biden need to find ways to mend relations between Russia and the United States at the upcoming talks in Geneva.

“We will discuss matters concerning bilateral relations. I assume we need to try finding ways of mending the relations, which are at the lowest level as for now. We are all well aware of this fact”, Putin said.

Putin added that the two presidents will discuss strategic stability, settlement of international conflicts, as well as countering terrorism.

“The pandemic, the way we fight the pandemic and environmental issues are all parts of the agenda”, the Russian president concluded.

In late May, Moscow and Washington confirmed that Presidents Vladimir Putin and Joe Biden will meet for a summit in Geneva on 16 June. According to a White House statement, the two presidents will focus on the most important issues concerning bilateral relations.

© Sputnik / Press service of the Ministry of Foreign Affairs of the Russian Federation
Russia Does Not Await Any Breakthroughs After Putin-Biden Summit, Lavrov Says
On 26 January, shortly after Joe Biden was sworn in as US president, the two leaders spoke over the phone for the first time. During the talk, they reached an agreement on the New START treaty, which was extended in February for five years and is now set to end in February 2026.