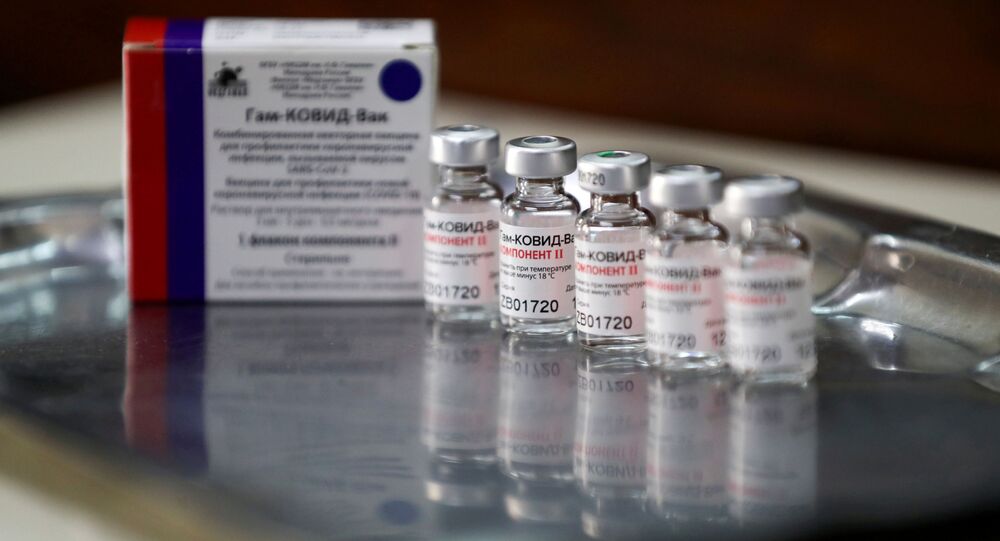 The president stressed that Russia is ready to boost vaccine production and invited foreign guests to get jabs against coronavirus.

Vladimir Putin has slammed a ban on Russian COVID vaccines in some countries despite the shots proving their efficacy, stressing that such restrictions are absurd and politically-motivated.

"Let me remind you that the Russian vaccine is recognised as the safest and most effective. The effectiveness is over 96%. And according to our regulatory authorities, there is no deaths from the use of the vaccine", Putin said in his speech at the St. Petersburg International Economic Forum (SPIEF).

He suggested that some countries don't appear to be interested in protecting their own citizens against the pandemic.

The Russian president also added that only 10 percent of the globe's population have got their anti-COVID shots, noting that hundreds of millions have no access to any vaccine.

At the same time, Putin underscored that the world is rebounding after the economic crisis caused by the pandemic last year.

Sputnik V, which was the first officially registered vaccine against the novel coronavirus in the world, has been certified in 66 countries covering over 3 billion people, proving an efficacy of over 91.6%.

The vaccine, however, has encountered various obstacles, which Moscow considers to be a part of political battle, extremely inappropriate amid a global pandemic.

The European Medicines Agency has been reviewing Sputnik V since 4 March and is still to provide an answer. Some EU countries, like Slovakia and Hungary, have already approved the Russian medication without waiting for EMA authorisation, while Bavaria has placed a preliminary order for potential deliveries when the vaccine is finally certified.

Yet, the developers of the vaccine clashed with Brazil's health regulator Anvisa, as it delayed authorisation of the drug and banned it from being imported by regional authorities. This resulted in a major outcry and a legal defamation lawsuit, as Sputnik V's developers accused the Brazilian agency of spreading false information about the vaccine.