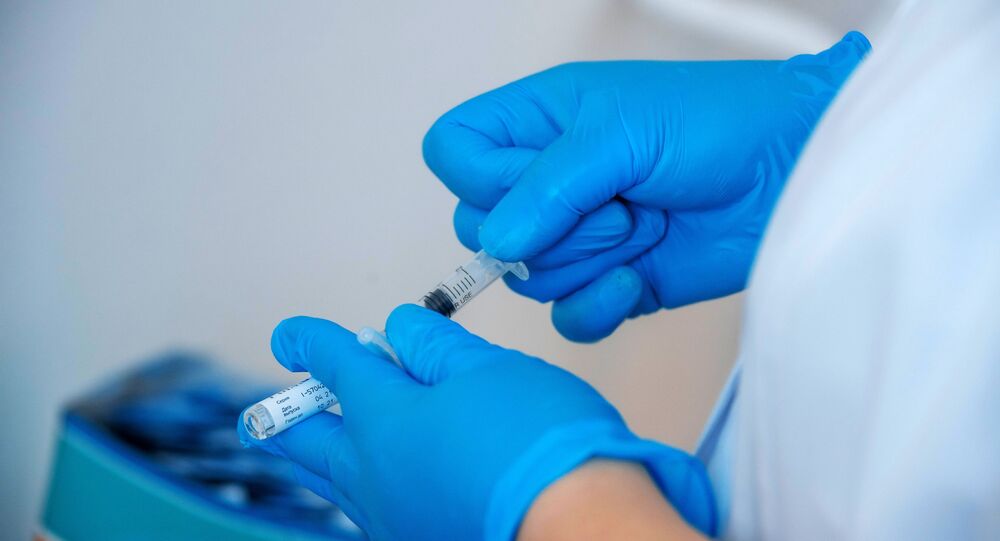 MOSCOW, May 27 (Sputnik) - Local variants of coronavirus, which have mutations characteristic of the UK and South African strains, have been detected in Russia, but it is too early to say that they have any special properties for humans, Russian epidemiologist Kamil Khafizov told Sputnik.

Khafizov is the head of the scientific group for the development of new methods for diagnosing human diseases at Russian consumer rights watchdog Rospotrebnadzor's Central Research Institute of Epidemiology.

“Recently, we have seen several hundred cases of importing the British strain both to Russia and Moscow, which is quite expected due to its properties. There are also some 'local' Russian versions of the virus, which have mutations in the genome characteristic of the British and South African variants, but it is still premature to say that they really have some special properties for people," Khafizov said.

As of late April, the UK strain and the South African variant of the coronavirus have been detected in 51 regions across Russia, according to Russia's health protection watchdog chief.

The concern of health experts all across the world has centered on finding several strains of the virus that are currently circulating globally, including in the United States, the United Kingdom, South Africa, and Brazil. There have been reports that the newly identified strains may also be resistant to present vaccines.

The so-called UK COVID-19 variant was reported in December last year by UK health experts, who said that a novel coronavirus strain spreads quicker than other kinds. In the same month, a new, more contagious strain of the virus was announced in South Africa as well. Countries around the world tried to close all travel links with South Africa and the UK, but this did not help stop the spread of the virus.

As of today, new strains of the novel coronavirus, in particular the British one and its successive mutations, are responsible for the vast majority of new cases of the disease in the world.