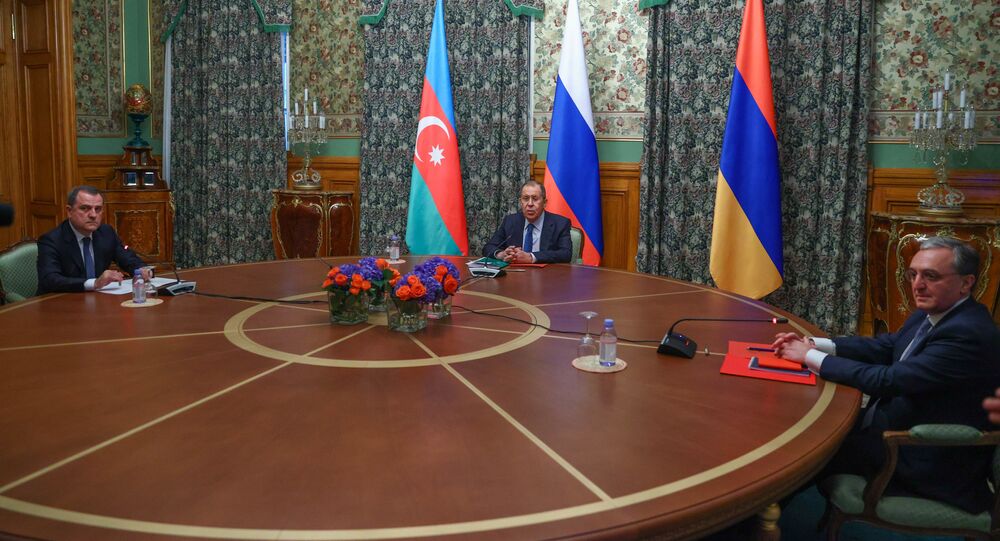 "We informed our friends in detail about the effort that the Russian Federation makes to resolve the incident that arose due to absence of international legal registration of the state border ... In line with a preliminary agreement between the sides [Armenia and Azerbaijan], the Russian Federation offered its assistance to start and conduct delimitation, demarcation of the border, as it came up with an initiative to create a special joint Armenian-Azerbaijani commission, in which Russia could take part as a consultant or a mediator", Lavrov said at a press conference.

"CSTO foreign ministers started their informal work yesterday ... At the meeting that was held last evening, we studied the request of our Armenian colleagues. Following up on this request, we discussed the situation regarding the Yerevan-Baku relations", the minister said at a press conference on Wednesday.

The statement comes amid tensions in the Syunik region after the Armenian Defence Ministry accused Baku of staging border provocations on 12 May. Yerevan later requested CSTO consultations on developments in the area.

The situation in the region deteriorated last September when a decades-long frozen conflict reignited in Nagorno-Karabakh - a self-proclaimed republic that announced its secession from Azerbaijan in 1992. The new round of conflict resulted in multiple victims on both sides and raged on until the sides signed a truce on 10 November 2020.

With Moscow mediating, Azerbaijan and Armenia agreed to cease hostilities completely and exchange prisoners. Baku seized control of the Kalbajar, Lachin, and Agdam districts, while Russian peacekeepers were stationed in the region to prevent any further escalation.