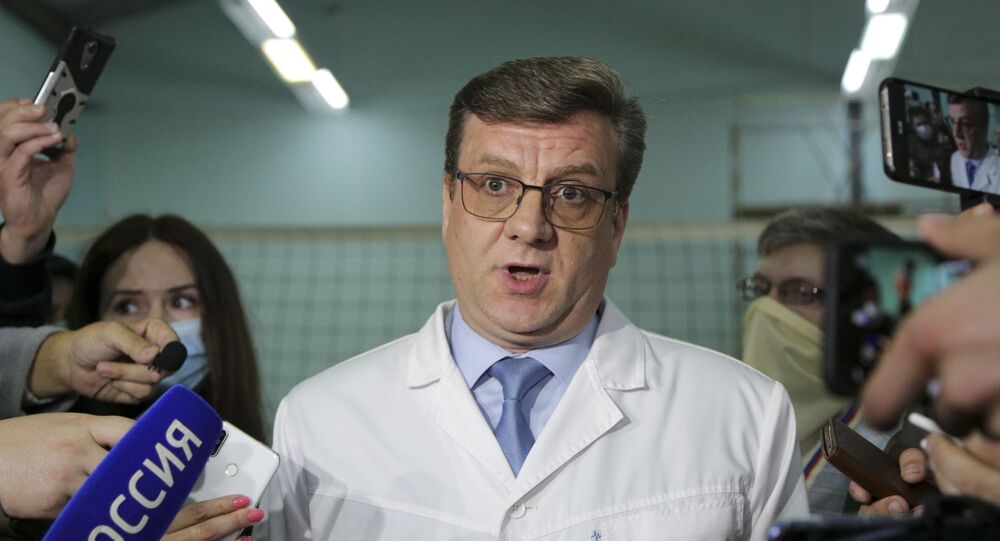 OMSK, Russia (Sputnik) - Alexander Murakhovsky, the health minister of Russia's Omsk region and former chief of a hospital that treated opposition figure Alexey Navalny from his alleged poisoning, has disappeared in a local forest, the interior ministry's regional office said on Sunday.

"On 8 May 2021, the police received a report that Murakhovsky A. G. left a hunting base in the Pospelovo village, Bolsheukovsky district of the Omsk region, on a quad bike on 7 May and his current whereabouts are unknown," the office stated.

According to the police, a search operation is underway in the area. It involves volunteers from the Liza Alert NGO, local police officers, national guard forces, hunting inspectors and local residents. They are assisted by a helicopter and drones, the office said. Additionally, 10 officers of the local emergencies service joined the search team.

"The search efforts are significantly complicated by the difficult terrain and swampy areas," the ministry added.

As of now, the search party managed to locate Murakhovsky's quad bike, parked about 6.5 kilometres (4 miles) from the hunting base.

Murakhovsky previously worked as chief physician at the Omsk Emergency Hospital No. 1, where Navalny was transferred to after he fell ill aboard a Russian domestic flight in August, prompting a plane emergency landing in Siberia.