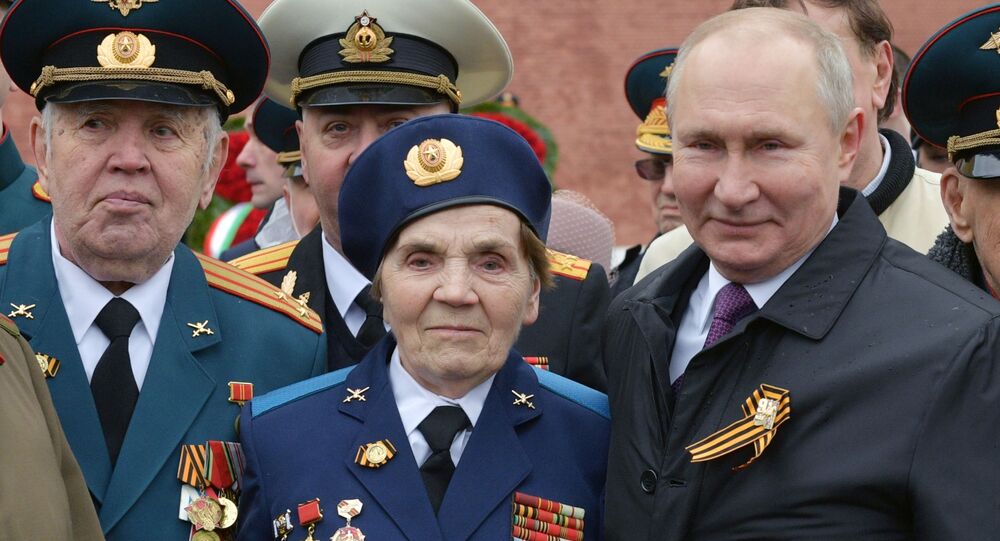 "Today we are witnessing the surviving members of those killing squads and their followers trying to rewrite history and justify the traitors and criminals whose hands are smeared with the blood of hundreds of thousands of civilians," Putin said.

Later in the day, Kremlin spokesman Dmitry Peskov clarified that Putin meant that neo-Nazism "rears its head" in Europe and it is "quite obvious."

"It is no secret that neo-Nazis rear their heads in European countries, and Europeans are fighting them. Of course, this is unacceptable for our country. In Ukraine, in some Baltic states, we also see same neo-Nazis. The Galicia Division [of Waffen-SS] marched through Kiev very recently. These manifestations are quite obvious," Peskov told the Govorit Moskva radio station.

In April, the Russian Investigative Committee announced its plans to create a joint investigative team with Germany for conducting a probe into Nazi crimes and has since reaffirmed its readiness to provide all necessary assistance to the relevant German bodies. A German senior prosecutor in charge of investigating the Nazi-era crimes confirmed to Sputnik that Berlin was preparing new requests to Russia.

The Russian Investigative Committee also expressed willingness to assist Belarus in investigating crimes of genocide committed by Nazi occupants on its soil.

Russia's top investigator Alexander Bastrykin stressed Moscow's commitment to identifying and prosecuting all Nazi criminals and called for releasing their names and crimes even if they are dead, since "killings and genocide of civilians before or during a war are crimes against humanity and are not covered by any statute of limitations" under the Nuremberg Tribunal ruling.