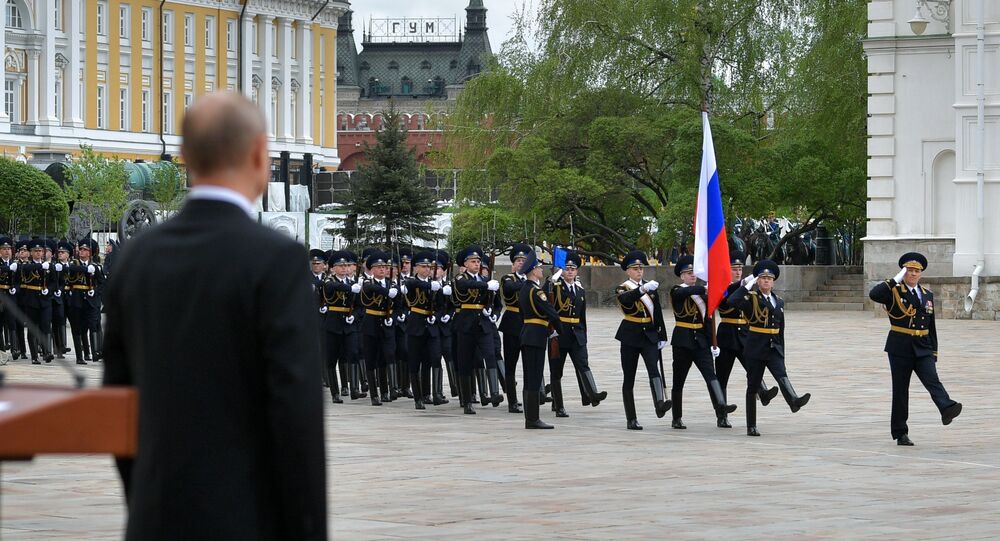 MOSCOW (Sputnik) - Russia commemorates the 76th anniversary of the victory over Nazi Germany in World War II as military parades and other celebrations begin across the country.

Russia's Far Eastern port city of Vladivostok became the first one to hold the Victory parade.

The country's main Victory Parade will traditionally take place at the Red Square in Moscow. It is set to begin at 10:00 a.m. local time (07:00 GMT). More than 12,000 servicemen, 190 pieces of historical and cutting-edge military equipment, as well as 76 aircraft will be involved in the landmark event.

Russia celebrates Victory Day on 9 May, unlike most European countries that commemorate the end of WWII in Europe on 8 May. This difference stems from the fact that the end of all combat activities was declared at 23:01 Central European Time, which was already next day in the Soviet Union.

Last year, the Victory Parade in Moscow was postponed to 24 June due to the coronavirus pandemic.