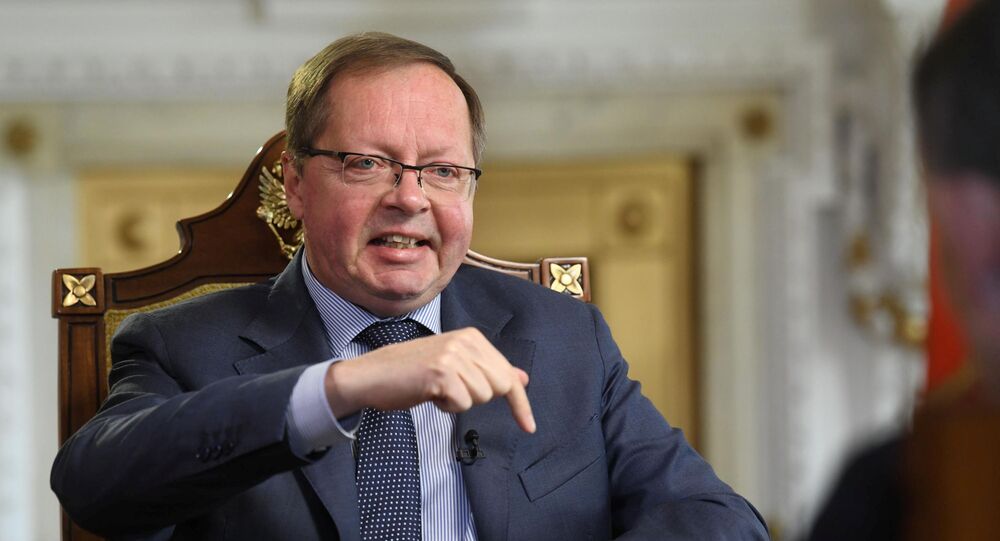 Kiev has been massing troops, armour, and artillery on the contact line with the self-declared, majority Russian-speaking Donetsk and Lugansk people's republics, which broke away following a 2014 coup that also saw the Crimea vote to reunite with Russia.

Russia's ambassador to the UK has insisted his country is not menacing Ukraine — amid soaring tensions  in the east of the country.

In an interview with the BBC's Andrew Marr broadcast on Sunday, Ambassador Andrei Kelin said: "We have no intention at all to be aggressive" or threaten any country "including Ukraine".

Marr seized on "ominous, menacing" comments by Russian President Vladimir Putin's Deputy Chief of Staff Dmitry Kozak last week that he agreed with the assessment of some in Kiev that "the beginning of hostilities is the beginning of the end of Ukraine".

The diplomat replied that Russia was "fully committed" to the Minsk peace agreements between the US-backed regime in Kiev and the self-declared breakaway, Russian-speaking Donbass republics of Donetsk and Lugansk, mediated by Russia, France and Germany.

But Kelin cautioned: "If [the] Ukrainian government decides to move troops in[to] Donbass and to make a bloodbath over there, to kill people, to kill Russians, of course we are going to respond".

Marr asked bluntly if "we are quite close to war on this border", to which the ambassador replied directly: "No, I don't think so".

Kelin also rebuffed Marr's questioning of why anti-government blogger Alexei Navalny, who has begun on a hunger strike, had not been allowed to be treated by his private doctor. The ambassador asked if prisoners in British gaols were allowed to see their personal physicians.

The diplomat denied US claims that Russian intelligence agencies had staged a cyberattack on US software firm SolarWinds that had compromised government agencies including the Department of Defence.