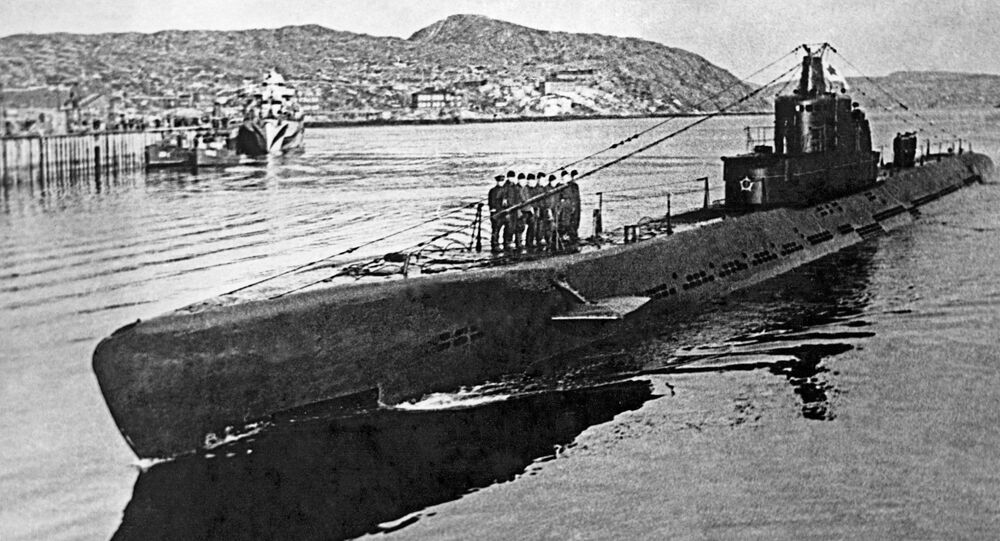 The submarine was spotted during a joint expedition by the Northern Fleet and the Russian Geographical Society to pay tribute to all the Soviet seamen who lost their lives in the Second World War.

A Soviet submarine that sank during the Second World War has been discovered in the Barents Sea, Russia’s Ministry of Defence (MoD) reported on Friday.

The MoD explained that the vessel was spotted after the Russian Northern Fleet’s Elbrus multipurpose logistics support vessel “carried out an instrumental assessment of the sea bottom relief”.

Finally, it was confirmed that “a Type K submarine [a cruiser submarine of the XIV series, codenamed 'Katyusha'] was detected within the German 'Bantos-A' minefield”.

According to the MoD, the sub’s hull was damaged in three parts and the alleged cause of its destruction was “an explosion of a German mine which prompted the subsequent detonation of the vessel’s own ammo”.

Twitter/VulcanInc
WATCH Wreck of Legendary US WWII Aircraft Carrier Discovered on Seabed
The search for the vessel was part of the Remember the War project, a joint expedition of the Northern Fleet and the Russian Geographical Society, which is being conducted in the run-up to the 76th anniversary of the victory over Nazi Germany in World War II.

The expedition’s goal was to locate two other missing Soviet submarines, the positions of which have yet to be determined.

Earlier this month, the Northern Fleet’s press service reported that the expedition had managed to spot the wreck of a suspected WWII-era bomber in the Barents Sea’s Kola Bay.