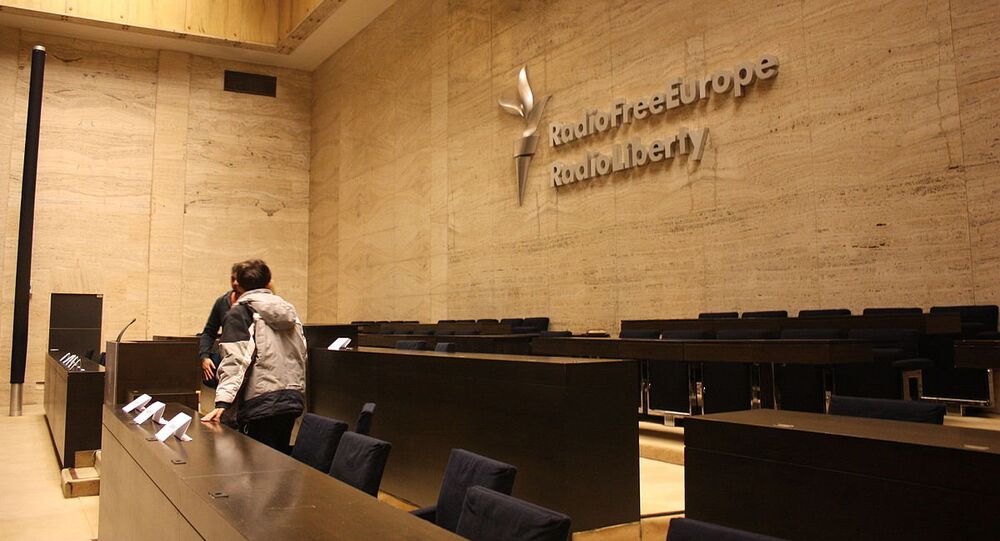 MOSCOW (Sputnik) - The Moscow desk of Radio Free Europe/Radio Liberty (RFE/RL), designated as a foreign agent in Russia, on Friday, has filed a lawsuit against the country with the European Court of Human Rights (ECHR).

In March, the head of RFE/RL's Russian office, Andrey Shary, told Sputnik that the bureau was planning to appeal to international bodies, including the ECHR, against Russian court rulings ordering it to pay fines for not identifying itself as a foreign agent as required by law.

"The Moscow bureau of Radio Free Europe/Radio Liberty (RFE/RL LLC) today petitioned the European Court of Human Rights urgently, asking the court to grant interim measures ordering the Russian Federation not to enforce the 520 'administrative protocols' that it has brought or threatened against the media organization since January 2021," RFE/RL said in a press release.

The station argues that Russia's actions violate the right to freedom of expression and freedom of the press protected by Article 10 of the ECHR.

© AFP 2021 / NICOLAS ASFOURI
Russian Media Watchdog Roskomnadzor Launches Probe Into BBC World News in Russia
Last week, Russian media watchdog Roskomnadzor said it drew up nearly 400 administrative violation protocols against the US government-funded organisation, which keeps refusing to label its content as coming from a foreign agent, and a court has issued fines which total $919,000.

RFE/RL and its regional projects are included in Russia's list of foreign agent media. Foreign-owned and funded media that operate in Russia are required to label their content accordingly so that Russian readers are aware that content shared by such media may be pursuing the interests of foreign countries.