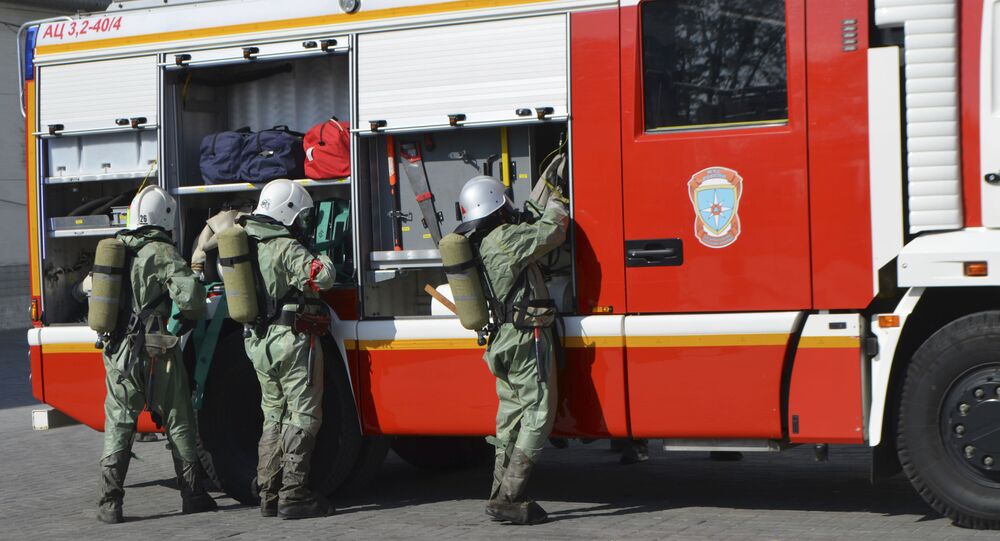 MOSCOW (Sputnik) - A firefighter was killed while responding to a massive blaze that broke out at the Nevskaya Manufaktura factory in the Russian city of St. Petersburg, a spokesperson for the emergency services said on Monday.

"The body of a deceased firefighter has been found," the spokesperson said, adding that the man was first listed as missing.

Earlier in the day, the Ministry of Emergency Situations said that 50 people were evacuated from a six-story historical building. Two of them sustained burns.

"The body of a deceased firefighter has been found," the spokesperson said, noting that the man was first listed as missing.

At the moment, all firefighters have left the burning building over the risks of its collapse.

Special equipment is currently being installed 150-200 meters from the site to use water from the Neva River.

According to the Emergency Situations Ministry, the fire has spread over 4,000 square meters of space, and the blaze engulfed all the floors of the building and had the roof collapse.

It added that a helicopter was set to take off to extinguish the fire, which spread to a neighbouring industrial building, a correspondent reported. The Russian Defence Ministry has deployed two Mi-8 helicopters to help extinguish the blaze. In the meantime, the prosecutor's office of the St. Petersburg's Nevsky district has launched an investigation into the incident. According to the Unified State Real Estate Register, the type of permitted use of the land plot under the fire-hit 19th-century building allows high-rise buildings to be erected there.