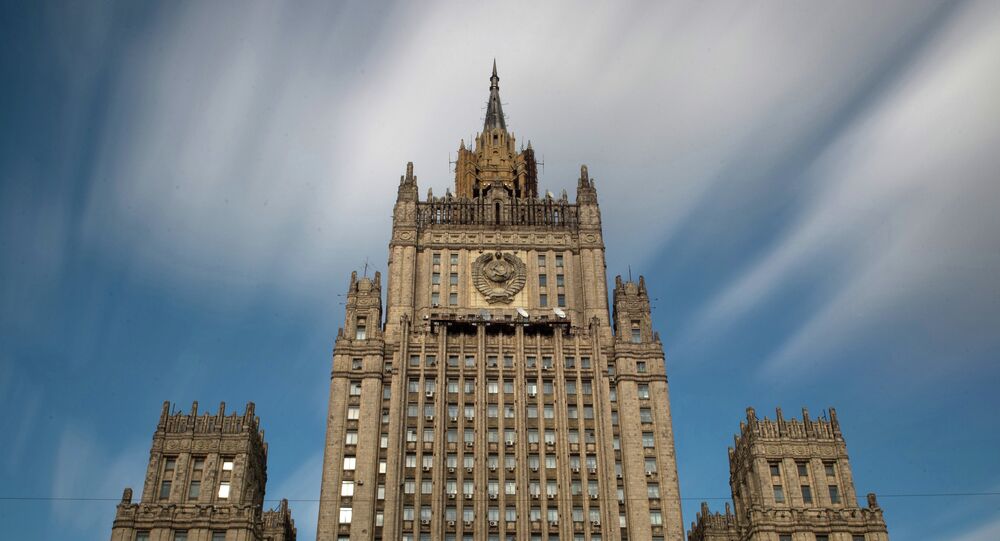 MOSCOW (Sputnik) - Russia has called for talks to create a legally binding international instrument that would ban the deployment of any type of weapons in space, Russian Foreign Minister Sergey Lavrov said on the 60th anniversary of Yuri Gagarin's historic space flight.

The anniversary of the first Soviet cosmonaut's flight, marking the beginning of humanity's space era, is celebrated every year in Russia as Cosmonautics Day on April 12. On the same day, the world marks the International Day of Human Space Flight.

"We consistently believe that only a guaranteed prevention of an arms race in space will make it possible to use it for creative purposes, for the benefit of the entire mankind. We call for negotiations on the development of an international legally binding instrument that would prohibit the deployment of any types of weapons there, as well as the use of force or the threat of force," Lavrov said in a video message on the anniversary of the first manned space flight.

The minister offered to use as a basis a relevant Russian-Chinese draft treaty submitted in 2014 to the Conference on Disarmament in Geneva.

To stabilize the situation during a period when a multilateral document on non-militarization of space is being developed, Lavrov invited countries to join a Russian-promoted multilateral initiative on making a political commitment to avoid being the first entity to place weapons in orbit around Earth.

The top Russian diplomat noted that some 30 countries are full-fledged participants in the initiative.

Lavrov also emphasized that space cooperation should remain one of the most important aspects of the international agenda.

"Over the past decades, Russia, as a leader in space exploration, has provided assistance to a number of states in launching cosmonauts into orbit. At the UN Outer Space Committee, we are maintaining a consistent stance to ensure equal access of states to outer space and its conservation for future generations," the Russian foreign minister said.

Lavrov stressed that Russia’s Yuri Gagarin, who became the first person in space, made a huge contribution to the development of humanity and demonstrated Russia's ability to effectively resolve the most difficult tasks. His memory continues to inspire people across the world in their honorable and ambitious aspirations, Lavrov said.

On April 12, 1961, Gagarin pronounced his famous "Poyekhali!" ("Let's Go!") as the Vostok spacecraft lifted off the ground, taking the first human to space.