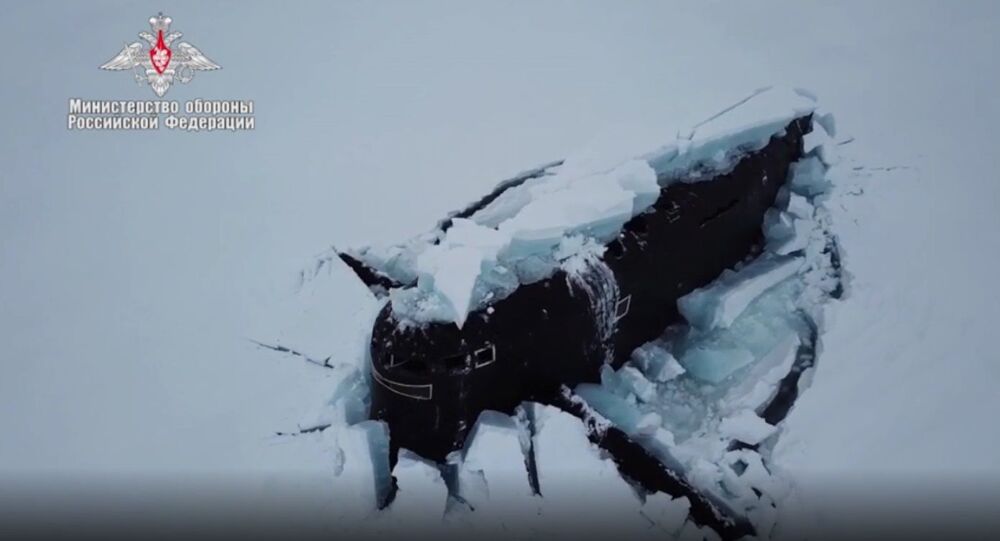 MOSCOW (Sputnik) - On Friday, the nuclear-powered submarines of the Russian Navy surfaced, breaking the ice as part of one expedition.

"For the first time in the history of the Navy, three nuclear-powered missile carriers have surfaced from under the ice", Russian Navy Commander-in-Chief, Adm. Nikolai Evmenov, has said, reporting to the Supreme Commander of the Russian Armed Forces, President Vladimir Putin.

The commander-in-chief noted that the ice was one and a half meters thick. The submarines surfaced "according to a single concept and plan at the appointed time in an area with a radius of 300 meters."

The Russian Defence Ministry has released a video showing the surfacing of the submarines.

​The complex of combat training studies carried out by the Russian Navy has shown the fleet's ability to operate in northern latitudes, Vladimir Putin said after hearing the report of the Commander-in-Chief of the Navy.

Putin noted that the crews of submarines, military transport aircraft, fighter aircraft, as well as Arctic motorized rifle units, showed increased combat training in the difficult environment of the Arctic.

The development of the Far North for Russia's security must be continued, Putin added.