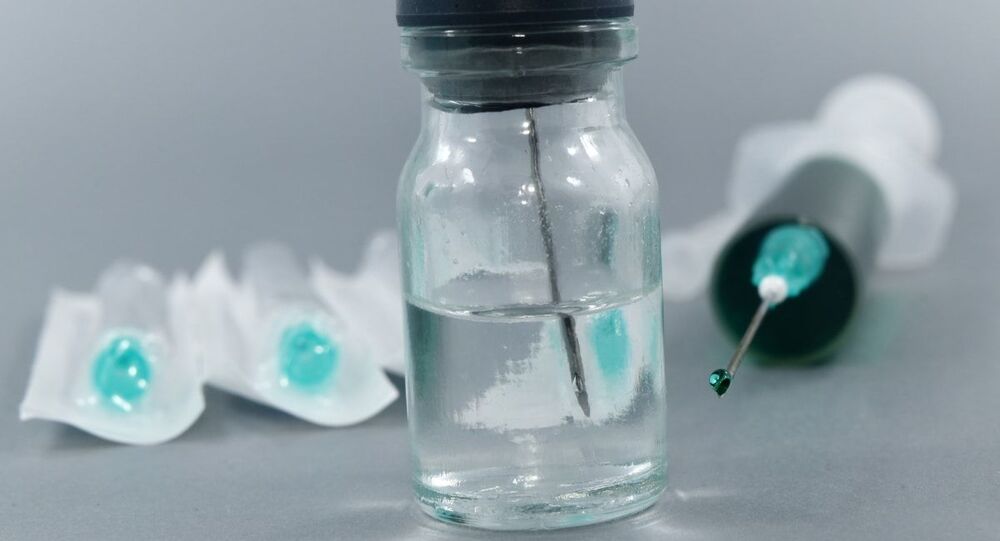 MOSCOW (Sputnik) - A YouGov survey with 9,417 respondents from 9 countries revealed that 54% of interviewees consider Russia the most trusted vaccine producer, while Russia's Sputnik V is the most recognisable vaccine against the coronavirus with 74 % of those surveyed having heard of it, the Russian Direct Investment Fund (RDIF) said on Wednesday.

When asked to select three countries they trust to produce a vaccine, 54 percent of the respondents considered Russia the most trusted vaccine producer, followed by the United States with 53.9 percent, the United Kingdom with 48.4 percent, China with 26.9 percent and Sweden with 26.8 percent.

Russia's Sputnik V, the world's first registered vaccine against the coronavirus, is the most recognizable vaccine, as 73.6 percent of those surveyed have heard of it. The Russian vaccine was followed by the Pfizer/BioNTech vaccine with 69.2 percent, and the AstraZeneca vaccine with 59.7 percent.

Almost 37 percent of the respondents who have made their choice would prefer to be vaccinated with the Pfizer/BioNTech vaccine, followed by Sputnik V with 33.2 percent and China's SinoVac with 26.5 percent.

"Almost half (47%) of the respondents who have made their choice only consider a minimum vaccine efficacy level of 90% or more acceptable for their vaccination ... An overwhelming number of respondents (84%) would be willing to postpone their vaccination with a less effective vaccine of around 60%, for a vaccine with a higher efficacy of over 90%", RDIF said.

Seventy-seven percent of the respondents believe that governments should "provide equal access to all the different vaccines for the population and give everyone a choice which vaccine to have for vaccination," RDIF continued.

"Results of the YouGov survey in various parts of the world once again demonstrate the high confidence of respondents in Russia as a vaccine producer and in the Sputnik V vaccine. Thanks to the outstanding achievements of Russian science, the Sputnik V vaccine has been saving lives around the world as it is approved for use in more than 50 countries. The vaccine has a number of key benefits, including an efficacy of 91.6%, confirmed by the leading medical journal The Lancet, as well as a proven to be safe human adenoviral vector platform, attractive supply chain logistics and affordability, making Sputnik V one of the best vaccines in the world", RDIF CEO Kirill Dmitriev said.