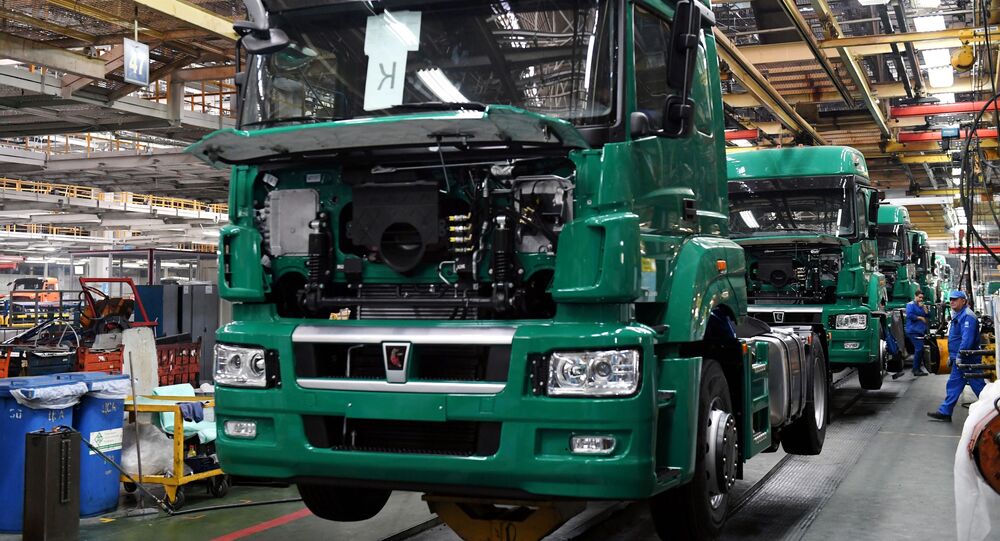 Russia’s post-Soviet economy has been heavily reliant on the export of natural resources such as oil, gas and timber, with energy alone accounting for nearly 70 percent of total exports in the early 2010s. In recent years, the government has taken steps to increase the share of non-primary, non-energy products in Russia’s basket of exports.

Metal goods are said to have accounted for 20.8 percent of the $161.3 billion figure, with machine goods accounting for 17.7 percent, food products for 17.3 percent, and chemicals for 16 percent.

Among agricultural exports, wheat exporters were said to have shown the biggest gains, exporting over $1.8 billion more in 2020 than in the previous year. Exporters of sunflower oil enjoyed growth of $600 million.

Among chemical industry exports, exports of polyethylene, the chemical compound used in packaging and containers, spiked by $449 million. Medical equipment also saw a rise in exports.

China was the largest single buyer of Russian non-resource exports in 2020, accounting for $16.4 billion of the total. Kazakhstan, Belarus, Turkey, and the Netherlands rounded out the top five, accounting for $12.3 billion, $9.4 billion, $8.15 billion and $6.2 billion, respectively.

In a related development, Russian business newspaper RBK reported Wednesday that Russian exports under closed articles of customs statistics, which include military equipment, dropped 16 percent in 2020 to $11.48 billion from $13.6 billion in the previous year.

Along with military equipment, this figure is said to include civilian helicopters and airplanes, rare-earth metal compounds, and some nuclear-related materials. China, India, Algeria, and Egypt were listed as the biggest purchases of Russian weapons over the past year. The newspaper attributed part of the decline to delays or cancellations of contracts caused to "various circumstances provoked by the pandemic."

The Russian economy’s dependence on the export of energy resources and raw materials and the import of finished goods grew through most of the 1990s and 2000s, but began sliding in 2014 amid tensions with the West over the crisis in Ukraine as the state moved to introduce a series of import substitution programmes. In 2019, exports accounted for about 25 percent of the country's total economy. Russia’s GDP suffered a 3.1 percent drop in 2020, with the country’s national statistics agency attributing the decline to restrictions introduced to combat the pandemic, as well as the drop in global demand for energy.