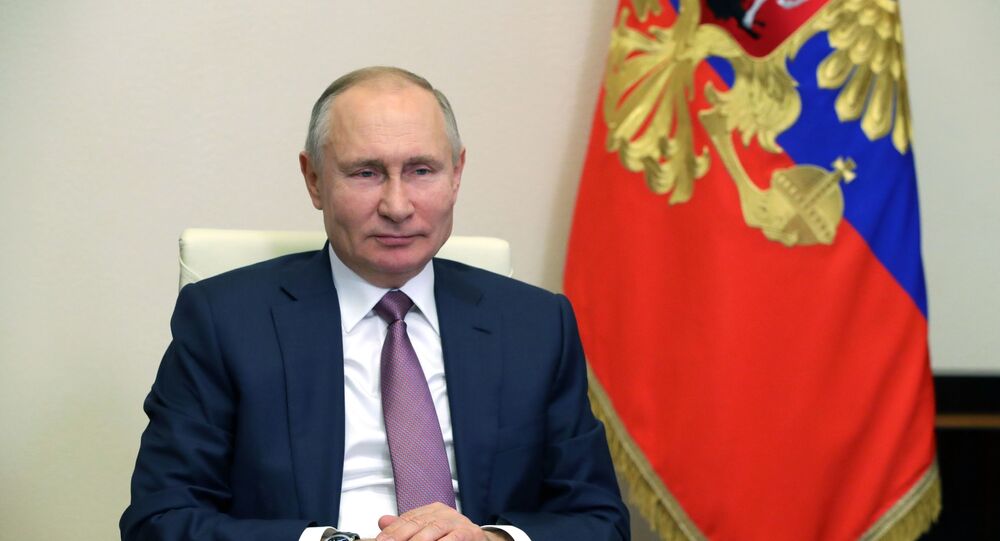 Kremlin on 'Gelendzhik Palace': Putin's Rating Is Based on Real Actions, Not Such Nonsense

MOSCOW (Sputnik) - Russian President Vladimir Putin's rating and citizens' trust in him are based on his actions, not some insinuations from the video material about the "palace" in the Black Sea resort of Gelendzhik, Kremlin spokesman Dmitry Peskov said on Monday.

"This is a popular movie, but nothing mentioned in the movie is true. You know that the owner of the house came forward, and firsthand information was released. Plans regarding commercial use of the object were also made public. So, it became clear that the president's alleged ownership of this house is nothing but nonsense and lies. In general, the overwhelming majority of people understand this. Of course, Putin's real rating, the rating of trust and his work, is based on some real action, not insinuations like this," Peskov told reporters, why asked why the video material about the "palace" had no influence on Putin's rating.

In January, Russian opposition activist Alexey Navalny released a video "investigation", linking the "palace" to Putin. However, Russian businessman Arkady Rotenberg soon said that the object belonged to him.