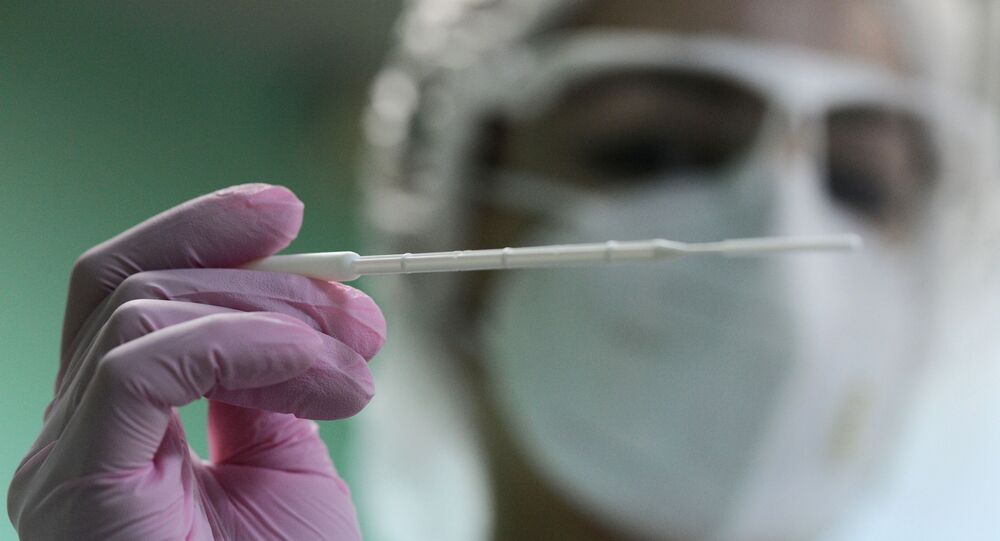 On the basis of technology developed by Rospotrebnadzor scientists, more test systems can be created to detect other mutations of the coronavirus, as well as other infectious pathogens that require rapid mass testing.

MOSCOW (Sputnik) - Russian scientists have registered the first test system in the world for the British variant of the coronavirus (N501Y), the Russian consumer rights watchdog, Rospotrebnadzor, announced.

"The new technology can be used to develop reagents for detecting any other SARS-CoV-2 mutations, as well as other infectious pathogens where rapid mass testing is required (pandemic infections)," Rospotrebnadzor said.

Earlier, the head of the organization noted that diagnostics would take just 40 minutes.

The new COVID-19 strain, with faster spread, was identified in the UK in December 2020. According to the World Health Organisation (WHO), the mutation has been reported in 86 countries as of 10 February.

At the end of January, British Prime Minister Boris Johnson admitted that there was a higher death toll from the "British" strain, while government adviser Patrick Vallance clarified that the risk of death could increase by 30 percent.

However, WHO said that the increase of coronavirus-related deaths could be caused not only by new strains but also overtaxed health services.