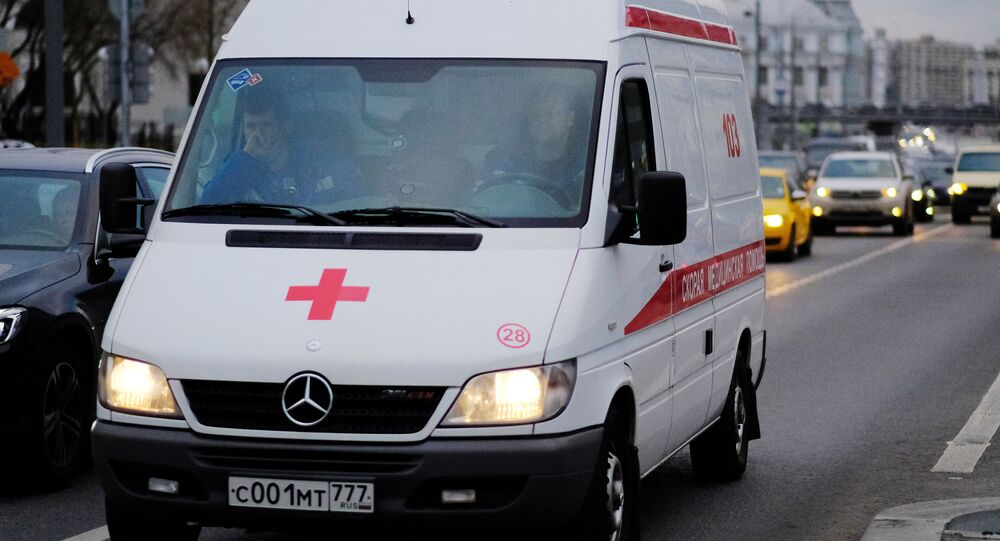 MOSCOW (Sputnik) - A man has been hospitalised after setting himself on fire at the Tverskaya street in downtown Moscow, a medical source said on Sunday.

According to the source, the man was walking through Tverskaya, poured liquid from a bottle on himself and then set himself ablaze outside a McDonald's fast-food restaurant.

Later, the city police confirmed the incident, saying that the man was saved by a nearby police officer and fellow citizens.

"Using available firefighting equipment and personal uniform, the officer, as well as citizens who were present at the scene, put out the flame in a few seconds," the police said in a statement.

A law enforcement source said that the failed self-immolator was allegedly motivated by personal circumstances and suffering from mental issues.

"According to initial information, the man attempted self-immolation because of his dire financial situation. He was registered at a psychoneurological facility. He was suffering from paranoia," the source said.

The man is said to be unconscious and has been brought to the Sklifosovsky Research Institute of Emergency Care with over 60 percent of his body covered in burns.