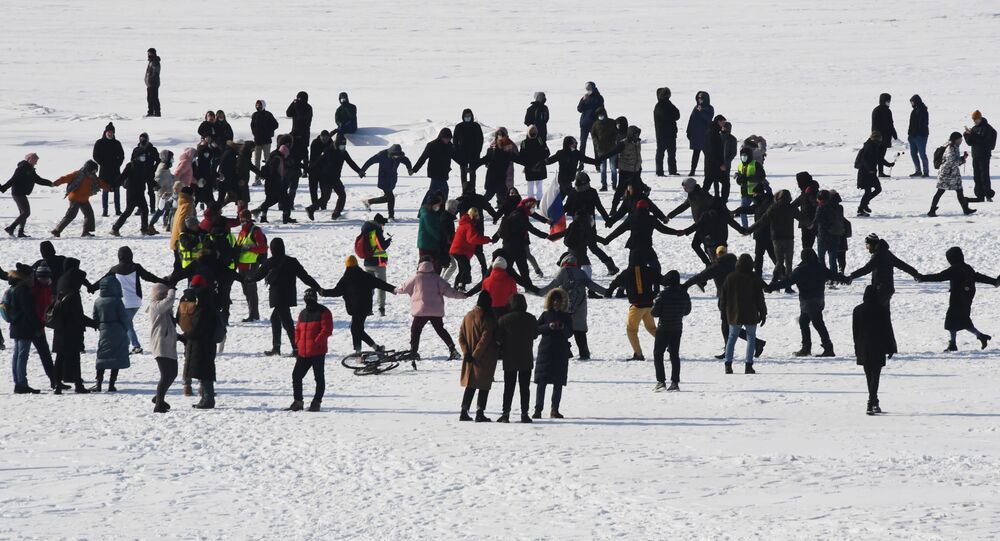 KHABAROVSK/VLADIVOSTOK, Russia (Sputnik) - Several dozens of people have gathered for unauthorised protests in Russia's far eastern cities of Khabarovsk and Vladivostok, and a number of protesters have already been detained.

"Today, on January 31, 13 people were detained in Khabarovsk for participating in unauthorized mass events. The total number of participants is 58," the statement said.

A spokesman for the government of Primorsky Territory told Sputnik that about 60 people took to the streets in Vladivostok.

Police detain people in a calm manner and no clashes were reported. Several local journalists are among those detained.

On 23 January, many Russian cities were hit by protests in support of Russian opposition figure Alexey Navalny, who was detained in Moscow earlier this month upon his arrival at Sheremetyevo International Airport. Prior to Navalny's return to Russia from Germany, where he was treated for his alleged poisoning, the Russian Federal Penitentiary Service warned it would arrest him for probation violations as he was previously found guilty of committing two administrative offenses.

Following the unauthorised pro-Navalny rallies on 23 January, more than 1,000 people were detained in Moscow.