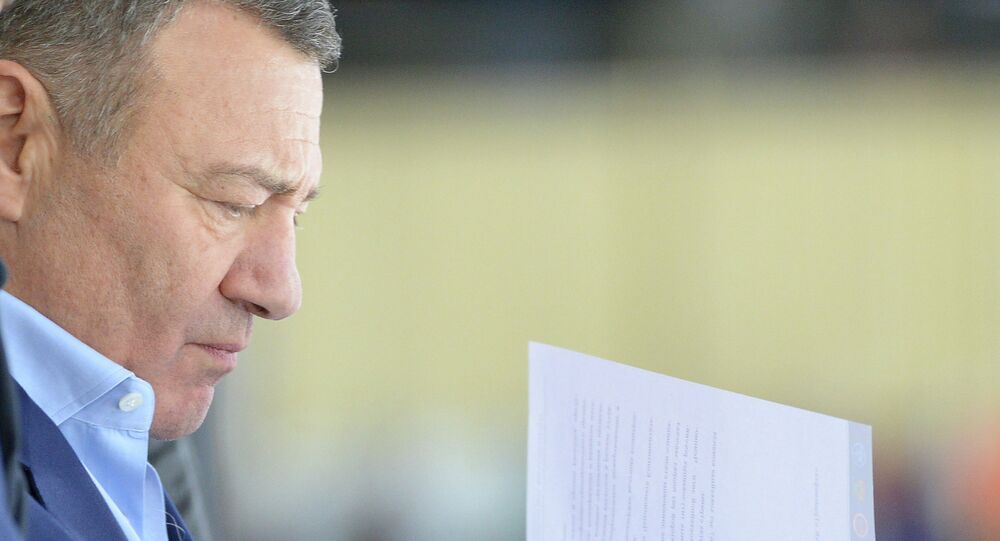 MOSCOW (Sputnik) – Russian businessman Arkady Rotenberg told the Mash Telegram channel on Saturday that the highly publicised "palace" located near the Black Sea resort of Gelendzhik in Russia actually belongs to him.

"Now, it will be no longer a secret, I am the beneficiary. There was a rather complex object, there were many creditors, and I managed to become [its] beneficiary. It's a find, the place is gorgeous," Rotenberg said.

Russian opposition figure Alexey Navalny has released a film about what he described as a "palace" - a luxuriously furnished mansion allegedly built for Russian President Vladimir Putin near the Black Sea resort of Gelendzhik.

In the wake of the film's release, the Mash Telegram channel published a video report on 29 January showing that the building was only undergoing its initial construction stage, with no signs of even basic interior decoration.

© REUTERS / MAXIM SHEMETOV
Russian Court Finds 30-Day Arrest for Navalny is Legal
The Kremlin, commenting on Navalny's film, said that all materials included in the "investigation" about the Gelendzhik palace are nothing but "a high-quality, well-fabricated story," aimed at gaining a large number of views on the internet.

Presidential Spokesman Dmitry Peskov also noted that the building was owned by one or possibly several businessmen, but did not disclose the names of the owners.

Putin, in turn, revealed that he has not seen the film but looked through the materials about it collected by his aides. The president stressed that neither he nor his family owned, or had ever owned, any of the properties mentioned in the video.