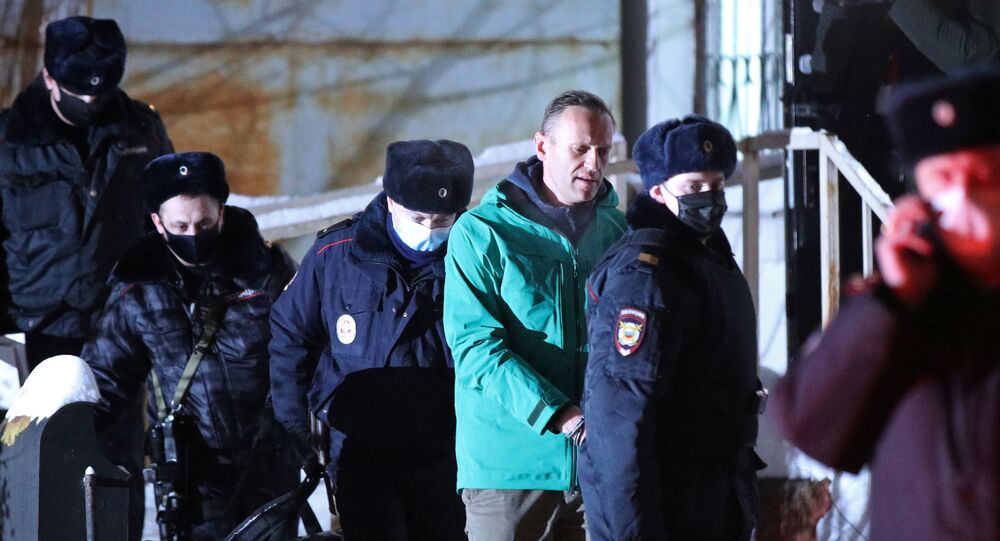 MOSCOW (Sputnik) – Oleg Navalny, the brother of jailed Russian political opposition figure Alexey Navalny, was detained for 48 hours according to Ivan Zhdanov, the director of Navalny's Anti-Corruption Foundation FBK, which is labeled as a foreign agent by the Russian Ministry of Justice.

On Wednesday, Ivan Zhdanov, the director of Navalny's Anti-Corruption Foundation, stated that law enforcement officers were conducting searches in apartments belonging to Alexey Navalny and his wife, Yulia Navalnaya, as well as FBK Press Secretary Kira Yarmysh and several others linked to the group. According to an FBK lawyer, Lyubov Sobol, searches were also conducted in the office of the “Navalny LIVE” channel.

“Oleg Navalny has just been detained in the Central Investigation Department of the Interior Ministry in line with the 48th Article [of the Criminal Procedure Code] for 48 hours. This means that he is a suspect now,” Zhdanov wrote on late Wednesday.

Specific charges against the Russian opposition figure's brother remain unknown, as no Russian law enforcement body has yet commented on the issue.

Alexey Navalny, 44, was arrested on January 17, shortly after flying back from Germany where he was treated for suspected poisoning. Following the arrest, his supporters called for nationwide rallies that took place on Saturday.

Russian law enforcement bodies state that the opposition figure was arrested for violating probation terms of an earlier embezzlement conviction, and observed that the Saturday rallies were not authorized.

Many Western countries have issued statements calling for Navalny’s release, whereas the Russian Foreign Ministry subsequently advised them to focus on their own domestic issues.

Live Updates: Protesters Detained at Unauthorised Rallies Across Russia in Support of Navalny