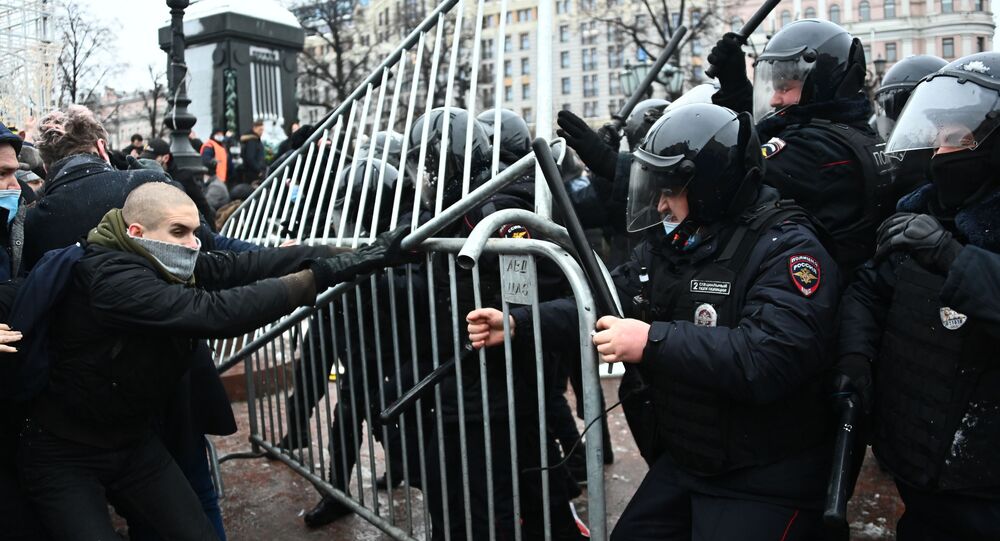 Earlier, Moscow voiced its concerns over the fact that the US Embassy had published information about where unauthorised rallies were taking place across Russia.

The country's deputy foreign minister has expressed displeasure to the US ambassador over the embassy's support of unauthorised rallies in Russia.

"Deputy Foreign Minister Sergey Ryabkov held a conversation with US Ambassador John Sullivan and expressed his strong objection to posts by the US embassy in Russia supporting illegal rallies in some Russian cities, which it spread online," the Foreign Ministry's spokeswoman Maria Zakharova said on Russia's Channel One.

"It was explained to the US ambassador that the Russian side considers this material and the statement by the US Department of State as direct interference in the domestic affairs of our country," Zakharova added.

Moscow is calling on the US embassy to respect Russian laws and universal diplomatic regulations, the spokeswoman said.

The ministry also said that Moscow will research what role Facebook and other US online giants play in unauthorised protests in Russia.

This comes shortly after thousands of people were detained during unauthorised rallies organised by supporters of Russian opposition vlogger Alexei Navalny which took place all across the country on 23 January. Navalny was detained in Moscow on 17 January upon his arrival from Berlin, where he had been treated for alleged poisoning with a nerve agent. He was placed in custody for 30 days for violating his probation terms for an earlier embezzlement conviction.