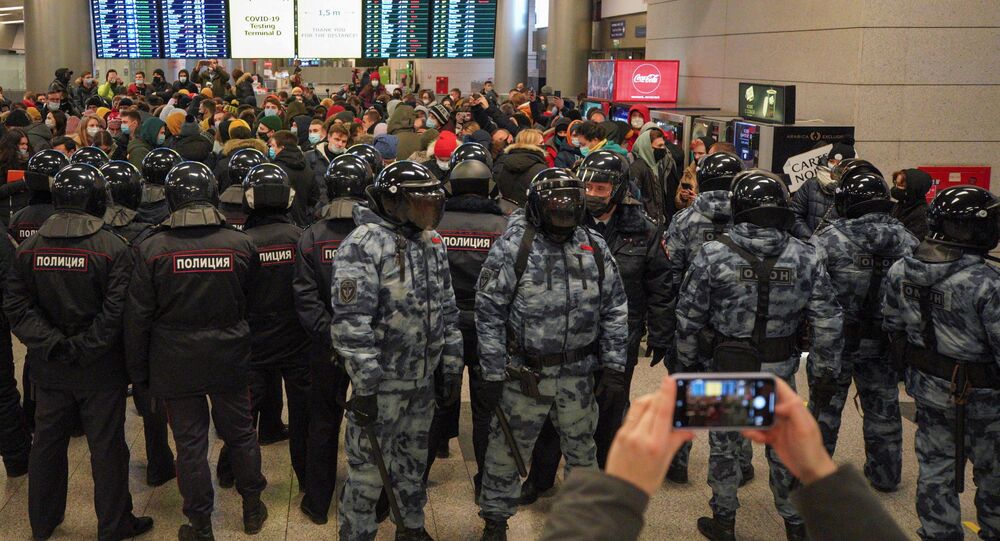 German Foreign Minister Heiko Maas has called on the Russian authorities to release Alexei Navalny, who was detained on Sunday immediately upon arriving in Russia from Germany.

"Russia is bound by its own Constitution and by international obligations to the principle of the rule of law and to the protection of civil rights. These principles must, of course, be applied to Alexei Navalny as well. He should be released immediately", Maas said in a statement.

Russian opposition figure Alexei Navalny arrived in Moscow on Sunday for the first time since late August after he was allegedly poisoned and sent to Germany, where he underwent medical treatment.

Prior to Navalny's return, the Russian Federal Penitentiary Service warned it would detain him for what it called "probation violations" because he was previously found guilty of committing two administrative offences.

Navalny fell ill aboard a domestic Russian flight on 20 August. He was initially treated in the Siberian city of Omsk after the plane made an emergency landing. Local doctors suggested a metabolic malfunction as the main diagnosis and stated that there were no traces of poison in his system.

© Sputnik / Valery Melnikov
European Council President Calls on Russia to Release Opposition Vlogger Navalny
Two days later, Navalny was flown to the Charite hospital in Berlin for further treatment. The German government later claimed to have evidence of his poisoning by a nerve agent from the Novichok group. Laboratories in France and Sweden reportedly backed the conclusion.