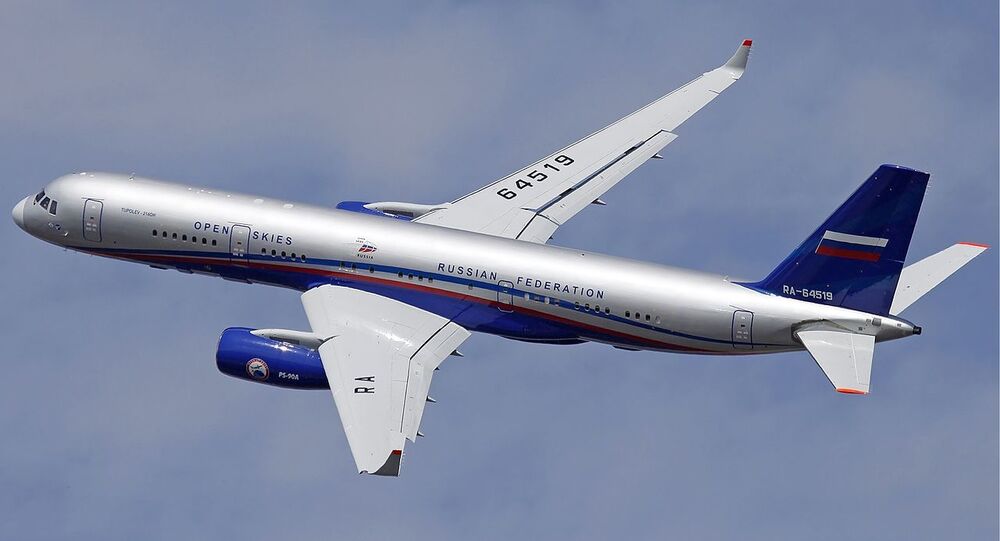 The day before, the Russian Arms Control Delegation in Vienna demanded that the remaining parties to the Open Skies Treaty guarantee the confidentiality of data received during observation flights.

Russia is launching procedures for withdrawing from the Open Skies Treaty, the foreign ministry said on Friday.

Commenting on the move, the head of the Russian upper chamber's international affairs committee, Konstantin Kosachev said that the blame for the termination of the treaty lies entirely with the United States and its NATO allies.

"NATO states could have found a way to resolve the legal conflict if they wanted to save the Open Skies Treaty from Americans. But they opted for saving the Euro-Atlantic partnership. The blame for the unfortunate events that are currently enfolding lies entirely with the US and its NATO allies. That is it," Kosachev wrote on Facebook.

He qualified the move as "quite predictable," stressing that the US was the first to withdraw from the treaty, which could still have been saved if NATO had a political will for that.

According to the Russian lawmaker, the US allies should have undertaken obligations not to give the US access to any information obtained through treaty implementation.

On May 21, 2020, Trump said the US would leave the Open Skies Treaty due to alleged violations by Russia. In response, Russian Deputy Foreign Minister Alexander Grushko said that there were no breaches of the treaty by Moscow, adding that all the issues that the United States raises can be discussed in the framework of the Open Skies Consultative Commission.

The US participation in the treaty officially ended on November 22, six months after Washington announced its intention to quit the agreement.