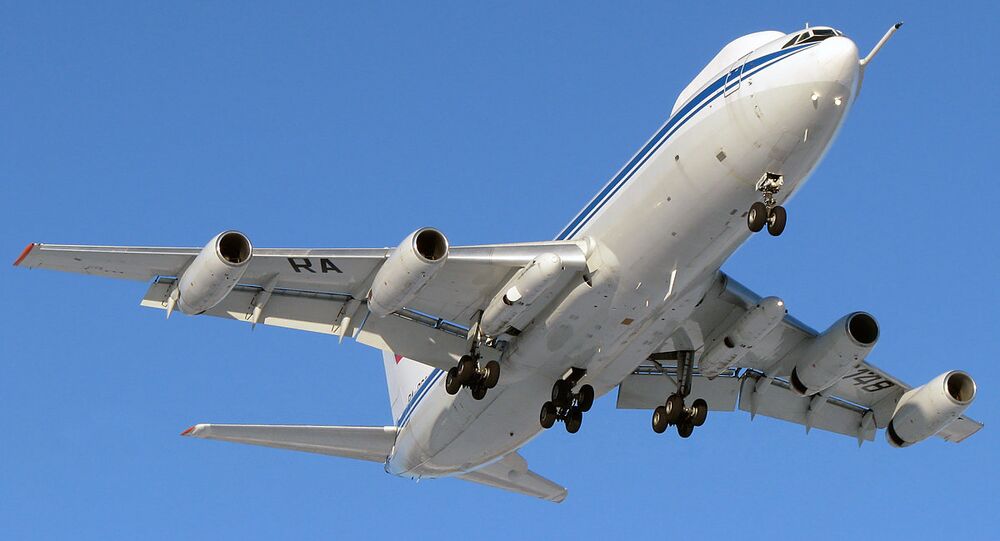 Over 30 radio station units were nicked earlier this month from one of the hatches of a Russian Il-80 – one of the four jets currently in service in the country, which can serve as an airborne command point should such a necessity arise.

The equipment stolen from a cargo hatch of an Ilyushin Il-80 airborne command and control aircraft, informally dubbed a “Doomsday” plane, turned out to be of secondary importance, according to the Russian United Aircraft Corporation.

“The plane arrived in Taganrog [Russia’s Rostov region] for planned maintenance work. All the specialised equipment was dismantled from the plane right after its landing and is kept in special premises,” the corporation noted, as cited by Russian media.

The organisation emphasised that the missing equipment has nothing to do with the direct functionality of the iconic plane.

Separately, the aircraft corporation noted that the airfield of Taganrog-Yuzhny, where the robbery took place, has since seen its security significantly stepped up. An investigation is underway into the details of the incident.

Reports about the theft of 39 radio station units and five components from five similar but dismantled items started arriving on 7 December, as police were called in after technicians discovered the theft. The culprits’ fingerprints and shoeprints were spotted at the scene. The Kremlin’s spokesman Dmitry Peskov instantly responded to the news, calling for conclusions to be drawn and measures to be taken to prevent such incidents from being repeated.

The Il-80 in question is a modification of the Soviet-era Ilyushin Il-86 wide-body passenger jet airliner, and one of the four Il-80 mobile airborne command and control aircraft produced in Russia since 1987. Nicknamed "Doomsday" planes for their unique ability to survive a nuclear war, the windowless aircraft were designed to transport the country's top brass to safety while acting as an airborne command post.

The aircraft, akin to US’ Boeing E-4B Nightwatch airborne command posts, enable those travelling on board to take command of all branches of the Russian military, nuclear forces included, should they be authorised to do so.