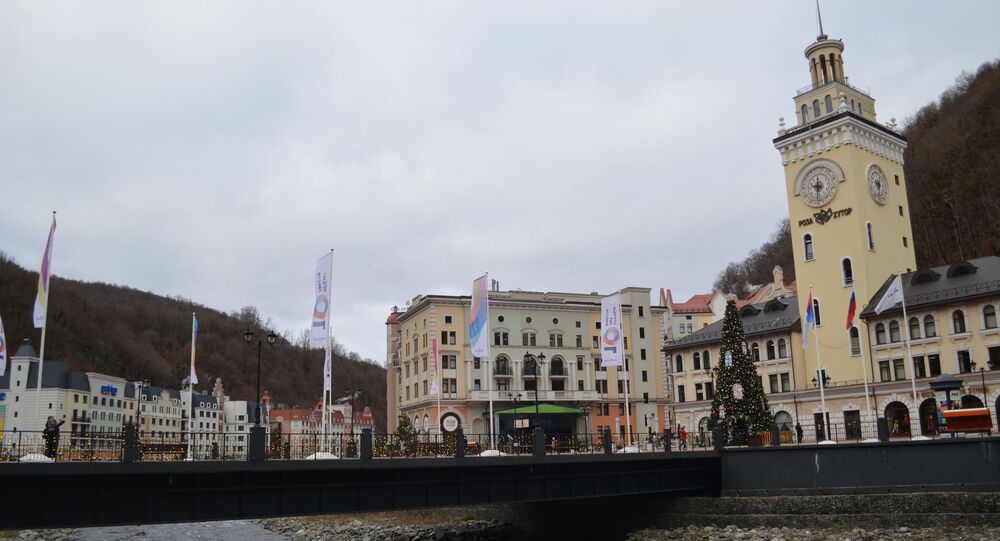 As many tourist destinations suffer from COVID-19, the Russian resort city of Sochi is exploring new opportunities through its Olympic legacy and is planning to implement a new promotional strategy.

The town hall in Rosa Khutor, an alpine resort in the city of Sochi in Southern Russia, is the favourite photo-op spot for visitors. The resort, which hosted the Olympic slopestyle and freestyle competitions during the 2014 Winter Games, just celebrated its 10th anniversary and expects a 10 percent increase in the number of visitors compared to last year’s ski season.

Due to low region-wide coronavirus statistics, the authorities have decided against closing down Sochi’s ski pistes and seaside venues, while enforcing strict anti-COVID safeguards – observing social distancing, mask guidelines, as well as providing thorough coronavirus testing for those who arrive in the city.

After the Olympics, the resort gained international recognition not only for its sports venues, but also for the newly-opened Krasnaya Polyana Gaming Zone. 25 percent of its guests within the past 3.5 years were international visitors, coming from 155 countries.

Casino Sochi-a part of the Krasnaya Polyana gaming zone, which had 280000 foreign visitors in 2019, is waiting to welcome international guests again as soon as Russia opens borders for them. pic.twitter.com/wfPhP2uPZh

​Despite this year’s border closures, Sochi managed to remain popular among foreigners, as one of its key higher education facilities “struck a gold mine” in offering online education. Hundreds of foreign students have shown interest in studying at the Russian International Olympic University this year.

Russian International Olympic University carefully preserved Sochi’s Winter Games legacy. Not only memorabilia, but knowledge and experience of the organizers is being passed on to future sports industry professionals. pic.twitter.com/D7CG1cVpYN

​The venue, which was founded five years ahead of the 2014 Sochi Winter Olympics, claims to be the world’s first university dedicated to sports business education. Earlier this year, it introduced an online sports management course, which was attended by students from 24 countries.

“Managing all that was a very difficult task for us: the borders are closed, the lockdown is in place for an indefinite period, and our applicants represent different countries. Some of them reside on another continent,“ says the head of the university’s Sochi branch Irina Badayan. “The difference in time between us and them was up to 10 hours. But we got through the first trimester successfully.”

Sochi officials are hopeful that these students, as well as other international visitors will be able to see Sochi’s natural landmarks and man-made “wonders” in person after the threat of coronavirus is gone.

“We have a God-given natural territory here, with the sea and the mountains. We just signed a long-awaited multilateral deal between the mountain cluster venues, the Caucasus Nature Reserve, the National Park and accommodation facility owners – an agreement which focuses on promoting landmarks, and the same type of approach will be used in the coastal cluster,” says the Mayor of Sochi Aleksei Kopaigorodsky. “And as soon as the borders are re-opened, we will be able to implement agreements with countries such as the UAE, Kuwait, Bahrain, with our colleagues from India and China, as well as the Israelis, who would like to visit our city.”

Kopaigorodsky, who took office in the fall of 2019, initiated the search for the city’s new identity.  On 19 December, he introduced Sochi’s new graphic logo, which is inspired by the local nature and landmarks.

20 graphic logos were reviewed at the contest before the jury picked this design. It combines Sochi’s main symbols – a seaside rotunda, palm trees, the sun and the mountains. pic.twitter.com/bwkHnO0zdG

​Sochi is one of Russia’s key vacation destinations. The city stretches over 150 kilometres along the Black Sea coast. It’s known for having a mild subtropical climate along the shore in the summer and alpine ski conditions in the nearby Caucasus Mountains during the winter.

The area gained popularity among international tourists during the 2014 Winter Olympics and the 2018 FIFA World Cup.