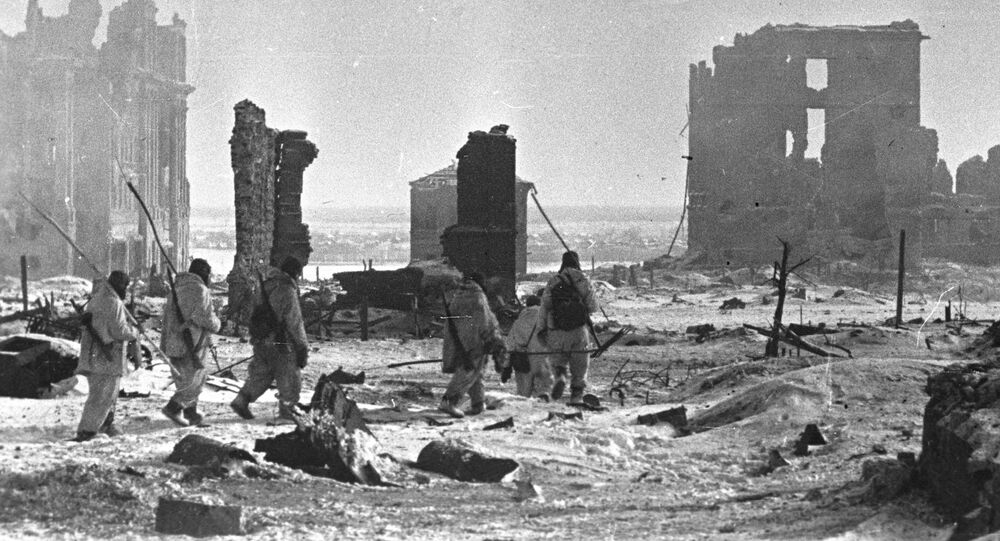 MOSCOW (Sputnik) - The Russian prosecutor's office for the Kuban region on Friday announced that after a 48-year suspension, it was resuming a probe into the Nazi Sonderkommando's massacres of civilians, committed in the region during World War II, in which former Schutzstaffel (SS) interpreter Helmut Oberlander could be involved.

"Upon an initiative of the prosecutor general's office, the order to suspend the preliminary investigation into the criminal case over mass murders of Soviet citizens by members of Hitler's punitive body Sonderkommando SS-10A was revoked", the regional prosecutors said in a press release.

The previous probe, conducted by the Soviet Committee for State Security, established that members of this death squad conducted mass executions of civilians in mobile gas chambers between 1941 and 1943 in the Krasnodar Rostov regions, located in the broader region of Kuban.

During the Soviet period, materials related to the crimes were submitted to Germany, and some malefactors, including Sonderkommando chief Kurt Christmann, were sentenced. However, a criminal probe against three members of the Sonderkommando was closed.

In 1972, the Soviet Union suspended the investigation "due to a failure to identify other persons involved in the atrocities".

The decision to resume the probe is due to the fate one of the seven interpreters who fled the Soviet Union (Helmut Oberlander) having been established.

"Apart from that, we have received information about some other individuals' involved in the crimes under investigation. However, a legal assessment of their actions is yet to be made", the Russian prosecutors added.

At the same time, materials from the Russian Federal Security Service (FSB), seen by Sputnik, revealed that he played a role in the executions.

The FSB archives include extracts from a criminal case against some other interpreters from the Sonderkommando SS-10A death squad, who were executed by firing squad in 1961.

© Sputnik / Israel Ozersky
The Great Patriotic War of 1941-1945. Kerch citizens identifying Soviet people executed by Nazis. Their bodies were taken out of an anti-tank trench. 1942

In testimony one of them recalled arriving in Krasnodar with the Sonderkommando in 1942.

"Approximately in November 1942, I travelled by car to stanitsa Krymskaya, where we executed three Soviet partisans by hanging. We were led by our chief, Kurt Christmann, there were around 10-15 staffers ... including interpreter Oberlander", the testimony read.

Another accomplice recalled how the death squad tortured the patients of a psychiatric hospital for children in gas chambers.

"The children were not told that they would be killed ... As the children could not move on their own, they were brought to a car, where a female staffer laid them next to each other. As we were short of space, elder children were piled one upon other. The kids were crying, as well as the personnel who brought them there. Those offering resistance were forced to get into the car", death squad interpreter Luka Bem said.

Oberlander, aged 96, was recently stripped of Canadian citizenship for failing to disclose information about his service in the Nazi death squad. According to Russian investigators, Oberlander is complicit in the shooting of 27,000 people in the Rostov region alone during WWII.