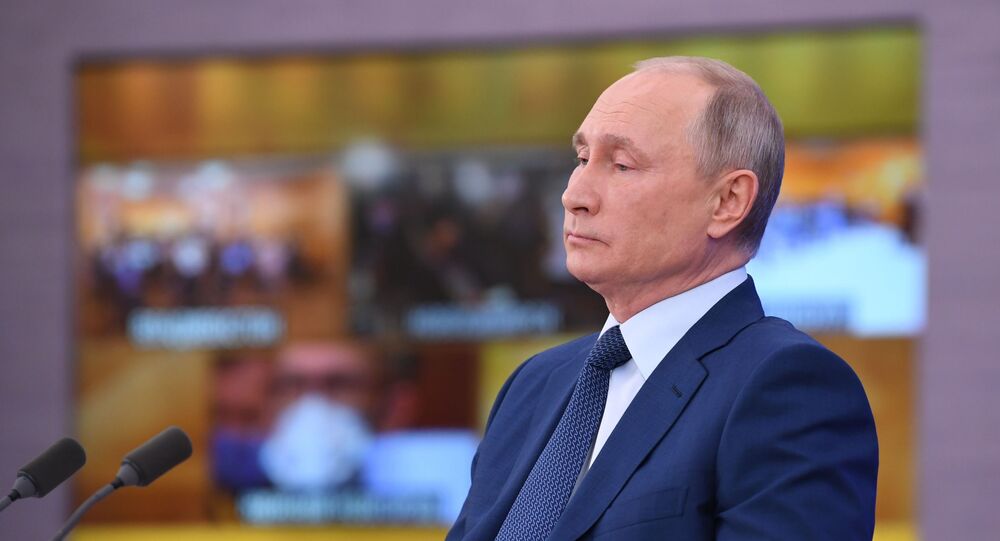 Idiomatic expressions may serve to better convey a message and most surely they will be remembered as traditional milestones in Vladimir Putin's lengthy 2020 pre-New Year press conference, this time spanning an eye-opening 4.5 hours.

Both strong and flowery expressions are not - traditionally – alien to Russian President Vladimir Putin’s speech at the latest big end-of-year Q&A session.

A question about the deteriorating relations between Russia and Western powers prompted the president to opt for several colourful words.

A BBC News journalist asked if President Putin believes that he is at least, in part, responsible for the “dire state” of Russia-US, Russia-UK etc. ties, or the Russian authorities are all “goodie-two-shoes”.

The president responded saying that, compared to the West, Russia is for real “goody-goody”, before citing multiple instances of Russian western partners failing to make good on their promises.

“You are smart people, why do you consider us to be idiots?” the president inquired, calling for friendship by citing a well-known Soviet cartoon and a key character from it, Tom-cat Leopold.

At some point in the presser, the president read out an address from a resident of the Leningrad Region, who recounted his exchange with a local official:

“He came up to him with a certain issue, and an official tells him: ‘Was this promised by Putin? Ask him then. I didn’t promise this.”

“There are very different people in every walk of life, there is a black sheep in every flock,” the president idiomatically commented.

When journalists queried why medics in the Ryazan region (not far from Moscow) had not received additional payments although federal money has been earmarked for them, the president sounded no less concerned:

“Where is money? I am also very interested to know this,” he said in what appeared to be visible dismay.

On Football and More

The president insisted it was a good lesson for the footballer, but noted that his sport career should not in any way be impacted by it.

The video, as turned out, escaped Putin’s attention at the time.

“I haven’t seen it, and you?” the president queried back.

When the head of the Russian state was asked about multiple publications concerning details about him and his inner circle, he referred to this as information war.

“That’s life – a tug of war, see, so much nonsense is written about me, but what can be done,” Putin shrugged his shoulders.