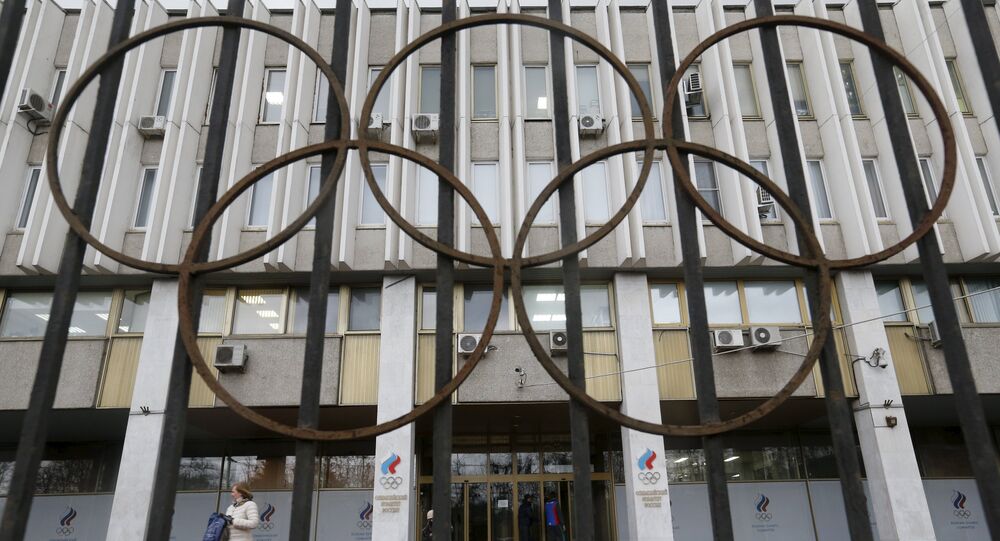 MOSCOW, (Sputnik) - The Russian Olympic Committee (ROC) said on Thursday that it does "not welcome" the Court of Arbitration for Sport (CAS) decision on the dispute between the Russian Anti-Doping Agency (RUSADA) and the World Anti-Doping Agency (WADA), believing that the institution did not fully take into account the country’s arguments.

This decision halved the ban originally sought by WADA. Russian athletes are allowed to compete in neutral status. The ruling also includes a ban on the country to file bids for hosting major tournaments, a ban on Russian officials to attend the Olympic and Paralympic Games, and a $1.27 million fine in compensation for WADA's legal expenses. Both parties to the proceedings have stated that they are not fully satisfied with the decision.

"We do not welcome the decision to partially satisfy the [WADA] claim. Our position is initially based on the fact that there are no grounds for any punishment of RUSADA and, hence, sanctions against the participants in the [arbitration] process. The court did not fully take into account the arguments," ROC chief Stanislav Pozdnyakov told reporters.

© REUTERS / Neil Hall
Lawyer Richard McLaren takes questions after delivering his second and final part of a report for the World Anti-Doping Agency (WADA), at a news conference in London, Britain December 9, 2016.

"The decision directly mentions the president of the Russian Federation. I cannot imagine that the arbitration supports the decision to extend these measures to the head of a sovereign state. We hold a position on the inadmissibility of such approaches," he added.

The most important result, the official continued, is that CAS did not support WADA’s push for "collective responsibility" and abstained from introducing additional criteria for Olympics, Paralympics and world championships athletes.

Sports lawyer Artyom Patsev explained to Sputnik that the CAS ruling does not oblige Russian athletes to receive special dispensation to be able to compete in neutral status, as was the case with the PyeongChang 2018 Games. Back then, these special procedures prevented a number of Russian athletes from competing in the Olympics.

The decision of the CAS not to sanction "clean" Russian athletes is a significant precedent that will protect not only Russian athletes, Mikhail Bukhanov, the acting director general of the Russian Anti-Doping Agency (RUSADA), said on Thursday.

"Today's result is a victory for Russia. The CAS did not sanction 'clean' athletes. This is a significant precedent that will protect not only our athletes, but also help others in the future," Bukhanov told reporters.

Earlier in the day, CAS barred Russian athletes from competing in major international sports events under the national flag until December 16, 2022.