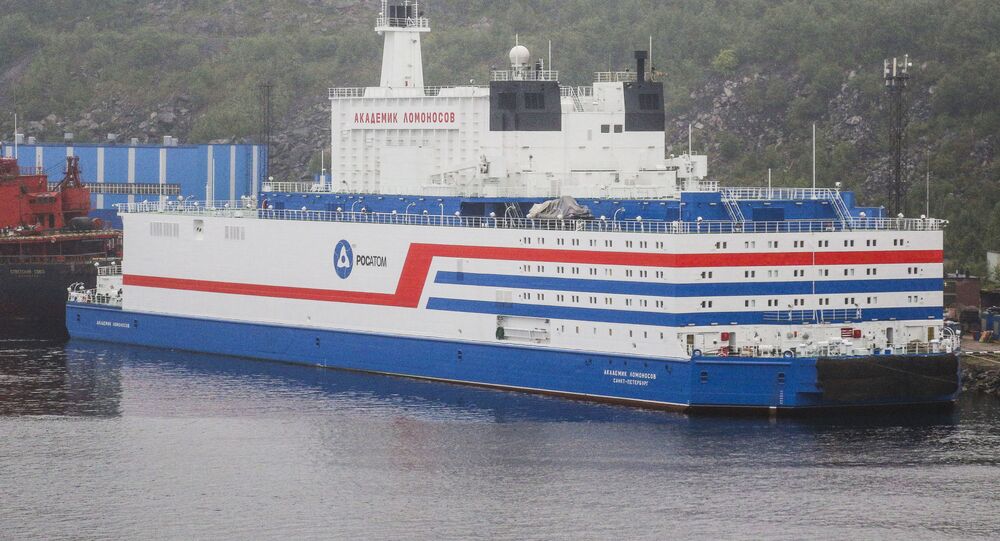 MOSCOW (Sputnik) - The economic characteristics of the Russian project of a modernized floating nuclear power plant make it competitive in the global market, the head of Atomenergomash, a mechanical engineering division of state corporation Rosatom, Andrey Nikipelov said on Monday.

Nikipelov made these remarks during the last day of the annual International Forum "Arctic: Today and the Future," a key state-sponsored event held in Russia's St. Petersburg for discussing topics pertaining to the development of Russia's Arctic.

"In the nuclear energy industry, each project is unique and floating power plant, the Akademik Lomonosov, is not an exception. To replicate this experience and broaden the opportunities for its use, we have initiated the project to develop an optimized version of similar power plants, the prime cost and construction period of which are significantly lower compared to floating thermal nuclear power plants, with the power capacity being increased," Nikipelov said.

According to Atomenergomash’s head, the company already developed a draft project of a modernized floating nuclear power plant and was preparing to start its construction.

"Now we are shifting to the next phase – the implementation of a full-fledged project – and actively cooperate with potential customers to carry out a more detailed study of their requirements," Nikipelov said.

Atomenergomash’s head stressed that the design of the modernized floating nuclear power plant would be simpler in comparison with the Akademik Lomonosov, but its power capacity would increase up to 100 MW, and it would be able to operate for up to 10 years without the maintenance of its nuclear reactors. The floating nuclear power plant's crew would be stationed on the shore, thus its displacement would be almost four tonnes less than the Akademik Lomonosov's.

Back in May, Russia commissioned the world's first industrial floating thermal nuclear power plant, the Akademik Lomonosov. The power plant has two KLT-40C reactors, similar to the ones used on icebreaker vessels and capable of providing enough energy for a city populated by 200,000 people. The vessel is around 140-meter (131.2-feet) long and 30-meter wide, with its displacement exceeding 20,000 tonnes and its lifespan estimated at 40 years. The Akademik Lomonosov was designed to provide additional electricity to some of Russia's most remote regions.

Rosatom Wants to Develop Superconductors for Quantum Computers by 2024