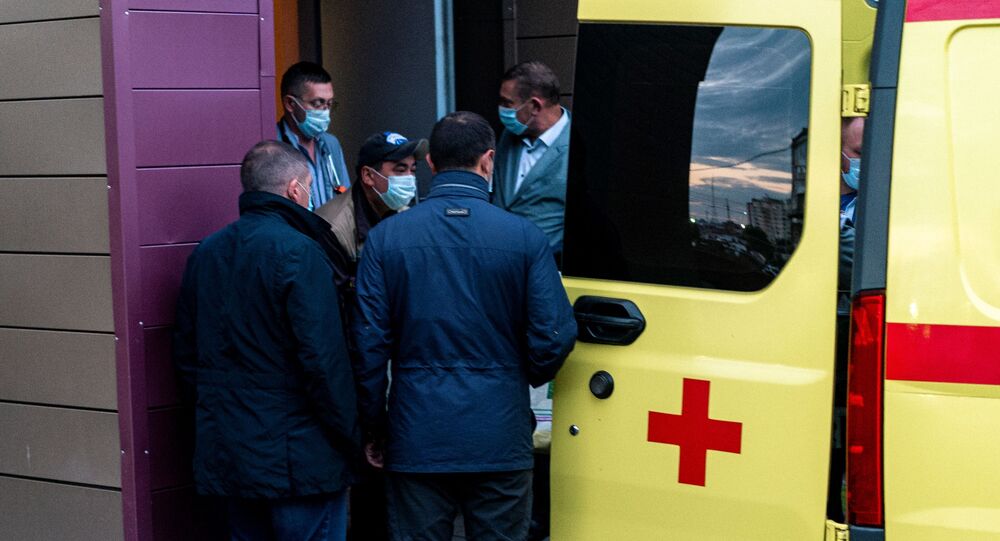 OMSK, Russia (Sputnik) - Russian opposition figure Alexey Navalny's ward in the Russian city of Omsk was secure and under surveillance, and could not be accessed by any unauthorized persons, the chief toxicologist of the Siberian Federal Region, Alexander Sabaev, said on Sunday.

Sabaev made this statement after UK newspaper The Times alleged, citing anonymous German intelligence sources, that Alexey Navalny was subjected to a second poisoning attempt while in an induced coma in Russia's Omsk. The article was published one day after Russian President Vladimir Putin recounted the German government's refusal to cooperate with the investigation of the Navalny case.

"There was no technical access, the circle of people, as well as of medical workers, was limited, there was no opportunity to intrude into the ward, because it was necessary to pass through a triple cordon to enter. This is an intensive care ward with its intensive care service and regime, with round-the-clock monitoring of all vital functions. Neither a premise nor a motive [for poisoning] were there. What The Times writes is nonsense. What it is being done for is unclear," Sabaev said.

The toxicologist stressed that Russian health care specialists managed to reduce the depth of Navalny's coma and improved his health condition before he was transported to Germany.

© AFP 2020 / YELENA LATYPOVA
A picture taken on August 20, 2020 shows a general view of Omsk Emergency Hospital No. 1 where Russian opposition leader Alexei Navalny was admitted after he fell ill in what his spokeswoman said was a suspected poisoning.

Navalny was transported to the hospital in the city of Omsk after he lost consciousness during a domestic flight to Moscow. Though the opposition figure's team suspected he was poisoned, Russian specialists did not find any traces of toxins in Navalny's blood and stated that the reason for his poor condition was a metabolic disorder. Several days later, Navalny was transported to Germany for treatment in the Charite clinic in Berlin. On September 14, German Chancellor Angela Merkel said that German, French and Swedish laboratories carried out independent research and found out that Navalny was poisoned by a nerve agent from the Novichok family of toxins. Navalny fully recovered from the suspected poisoning with a military-grade nerve agent and was released from Charite hospital on September 23, a month after his hospitalization.

Moscow, in the meantime, repeatedly urged Berlin to provide access to the case materials or team up in investigating the incident, but to no avail. Russian officials said that while an inquiry had been underway since day one of Navalny's hospitalization, an official investigation could not be launched without a single factual evidence proving the presence of a poisonous substance, which German authorities have failed to provide.