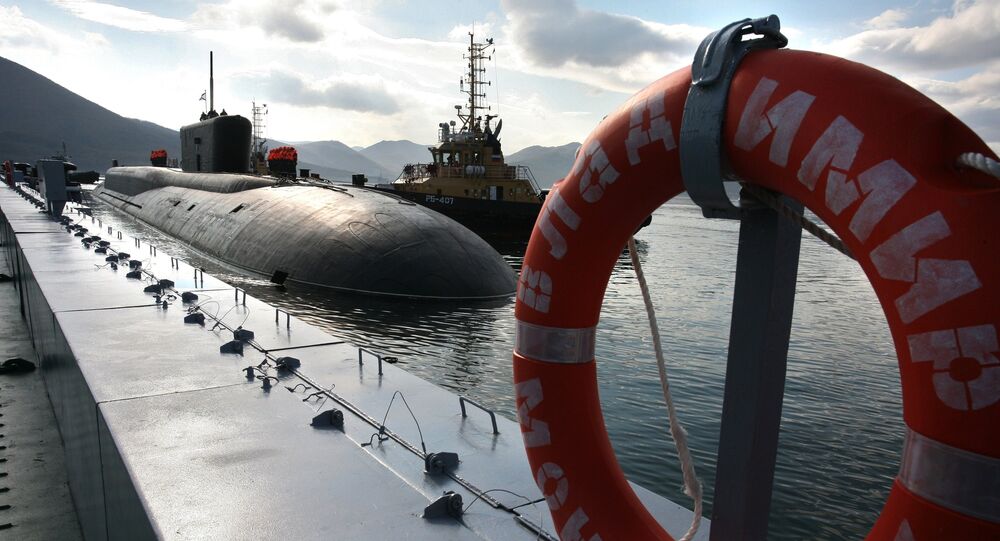 "Today, a strategic missile submarine of the Pacific Fleet, the Vladimir Monomakh, has conducted the battery launching of four Bulava ballistic missiles during scheduled military training activities. The battery launching has been conducted from a submerged position, from the waters of the Okhotsk Sea to Chizha firing range located in Arkhangelsk Region," the ministry said.

The ministry added that all the missiles operated in a normal mode and "the warheads have successfully reached the designated area in Chizha firing range," the ministry said.

​According to the ministry, the submarine's crew had demonstrated a high level of professional skills.

The ministry also posted a video showing Bulava missiles having risen from the water to the sky one by one at intervals of several seconds.

In 2015, the Vladimir Monomakh conducted a simultaneous launch of only two Bulava missiles. The launch was conducted from the White Sea and the missiles were aimed at Kura firing range located in the Russian Far East.