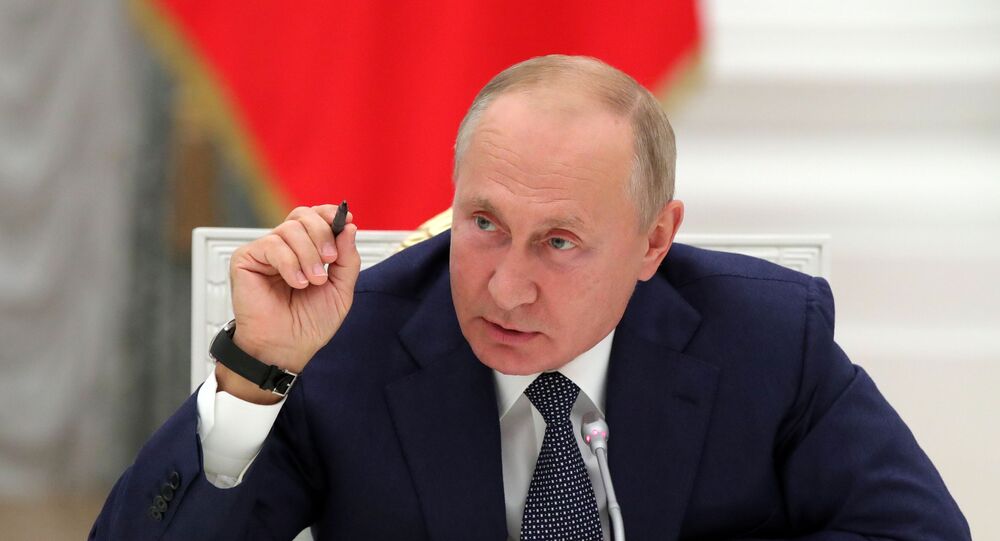 The statement comes after yet another incident with Sputnik Latvia journalists. Stringers working for the news site were detained by the local security service, questioned, and released on condition that they not leave the country or disclose details of the case.

President Vladimir Putin on Thursday stated that Moscow should demonstrate a tough response when the rights of Russian journalists are violated by foreign countries. He noted that some countries define Russia as their "geopolitical enemy" in official documents and put pressure on Russian journalists.

"Despite their propaganda about 'freedom of speech', they actually adhere to something else: promoting their own information content which only benefits their domestic and foreign policies", Putin stressed.

The president also said that Russian journalists and public organisations should work with their counterparts abroad in order to demonstrate what is really going on in this essential domain.

Putin addressed the issue after employees from Baltnews and Sputnik Latvia had been charged with violating the EU sanctions regime.

This is not the first time the Latvian authorities have targeted Sputnik journalists. In 2018, senior editor of Sputnik Latvia's website, Valentins Rozencovs, was detained due to his visit to Moscow. Facebook also later deleted his private account for broadcasting a pro-Riga mayor rally. Commenting on the issue, Sputnik's press service stressed that such situations have become a routine thing in Latvia and other Baltic States.