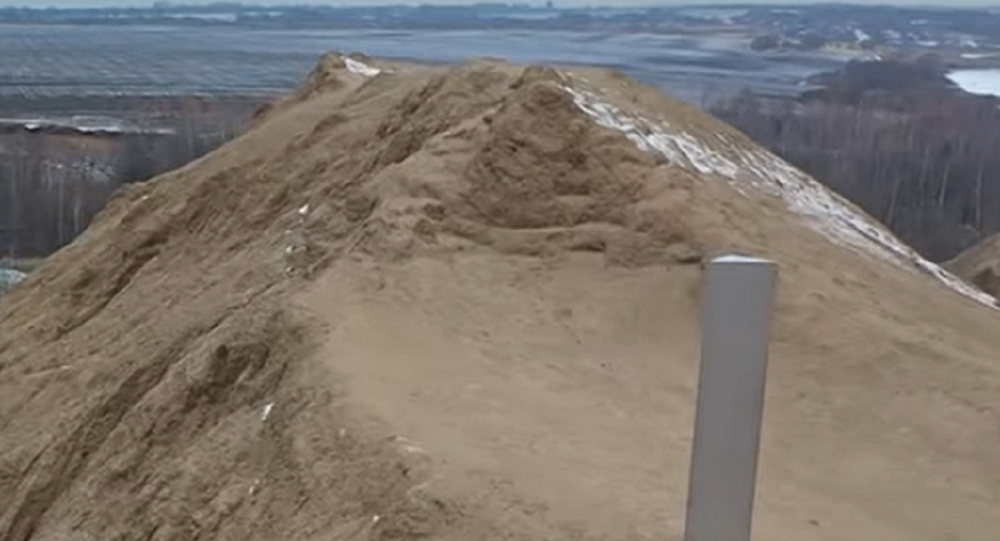 Just when we thought 2020 had nothing more to offer, mysterious triangular metal structures started appearing - and vanishing - in different parts of our globe including in Russia's Tula region. While the origins and purpose of the seemingly unearthly monoliths remain open to debate, the explanation behind the one in Russia is rather simple.

The monolith discovered at the Romantsevo Hills in Konduki, Russia has been set up by TulaTech Research and Educational Centre as a PR stunt.

One of the managers at TulaTech revealed that the idea to hype the enigmatic metallic structure came to mind after the centre qualified for government aid in 2021.

The company also published a humorous video that circulated in social media in which they claimed that the monolith at the Romantsevo Hills was mistakenly sent to Utah and Romania due to "quantum leap errors", but was later returned. In the footage, the name of the company is seen engraved on top of the metallic structure.

In late November, the world was puzzled by an enigmatic discovery in Utah, where a triangular metallic structure of unclear origin was found in a local canyon only to later vanish.

Another monolith was then discovered in Romania...only it disappeared as well.

Several other monoliths were also discovered in California and Texas.

So far, it is unknown who set up and took down some of the monoliths and what the purpose of the stunt was.