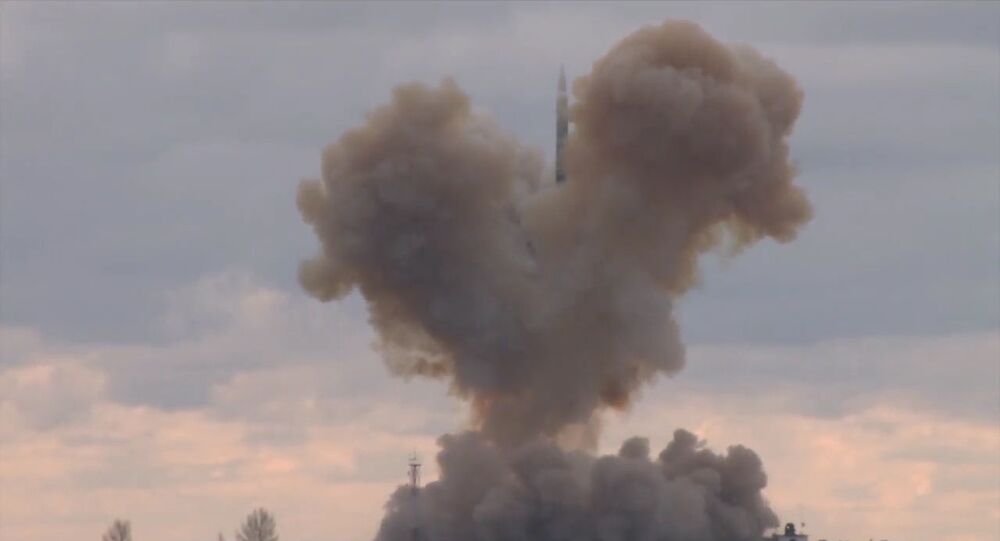 Moscow presented several new cutting-edge weapons in 2018, many of which had no equivalents in the world at the time. Among them were a prototype of a nuclear-powered missile and a missile capable of flying at a speed of Mach 10.

Russian President Vladimir Putin has announced that Moscow will continue to upgrade its nuclear arsenal in light of the current global situation and the existing threats.

"Bearing in mind the modern military and political risks, we will be further upgrading our strategic nuclear forces and will gradually reinforce all of its components. […] Russia will continue to uphold its nuclear military potential at the level of necessary sufficiency", Putin said.

Putin stated that despite the changing nature of the threats, the nuclear triad remains the main guarantor of the country's security. He named NATO's expanding military presence in proximity to Russia's borders as being one of the main challenges that Moscow faces right now. The president condemned NATO's refusal to reduce its military activity amid the coronavirus pandemic, despite Russia making such a request earlier.

'Russian Weapons Have No Competition'

The president went on to hail the progress that the country had achieved in the development of strategic weapons in recent years. He noted that many of these armaments have no equivalents in the world and are likely to remain unique for years to come.

"As I have said, it is for the first time in history that our country is not catching up to someone, but pioneering models that are years and even decades ahead of foreign competition. Some simply have no competition and, likely, will not have any for a long time to come", he said.

Putin stressed that Russia is not planning to engage in an "exhausting" arms race, adding that there is simply no need to do so. He also touched on the issue of the New START, which is set to expire in February 2020, noting that the future of the crucial nuclear arms treaty with the US remains unclear.

"This document ensures the necessary level of transparency of arsenals, strategic nuclear weapons and restricts the uncontrolled race", the president stated.

After the talks on extending the New START for a prolonged period ended in a deadlock, Moscow and Washington engaged in negotiations for achieving a temporary one-year extension to the arms control accord. However, these negotiations have so far also failed to bear fruit.

Russia offered to extend the treaty for a year without any preconditions, but the White House demanded that the two states freeze their nuclear arsenals for the duration of the extension. After the Kremlin accepted this condition, the talks once again wound up in a deadlock over US demands for a more extensive verification mechanism for the treaty. Russian Deputy Foreign Minister Sergei Ryabkov called the demands unacceptable, as they essentially require Moscow to provide the US with access to the "most sensitive elements of […] our national security", and condemned Washington for being unwilling to find an acceptable compromise on the matter.