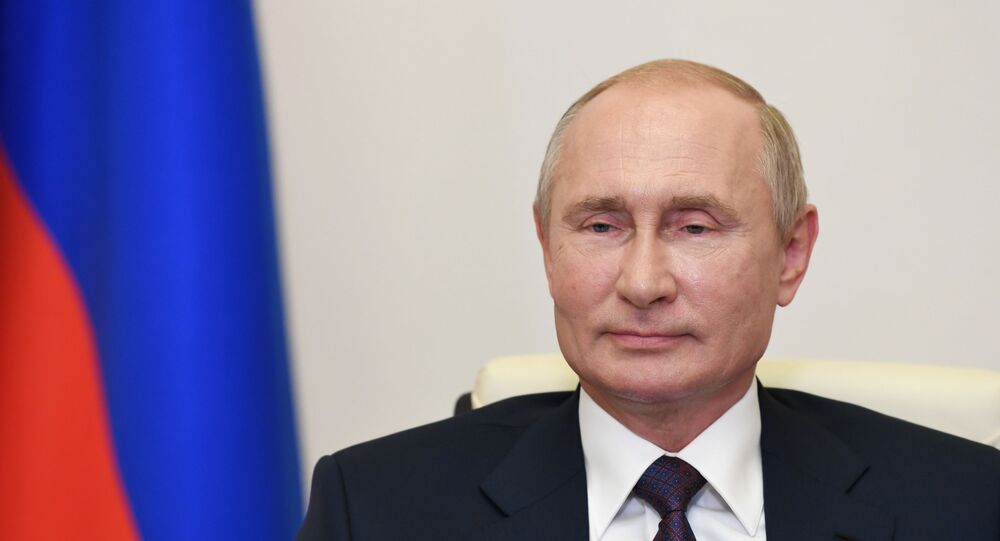 Dismissing the latest claims about Putin's health and well-being as “absolute nonsense”, his spokesman Dmitry Peskov insisted that "everything is fine with the president".

A recent story published by The Sun, which alleged that Russian President Vladimir Putin exhibits symptoms of Parkinson's Disease and might step down in the near future, became the latest addition to a not-inconsiderable list of speculations about Putin's health that have emerged in the media during the past years.

According to the tabloid, a "Moscow political scientist" named Valery Solovei suggested that Putin has the symptoms of the aforementioned disorder, adding that the president's daughters along with Alina Kabayeva – described by The Sun as the president's "glamorous ex-gymnast lover" – were pressuring the Russian head of state to quit.

And while Kremlin spokesman Dmitry Peskov has already dismissed these allegations, describing them as false and "absolute nonsense", let's take a look at a few examples of similarly inaccurate claims about Putin's health delivered by media previously.

In 2015, reports about Putin postponing his visit to Kazakhstan and "disappearing from view", as The Telegraph put it, for a week, spawned rumours about his well-being.

The newspaper went on to point at "some Russian media" suggesting that Putin ended up aggravating "an old back injury when he flew a motorised hang glider to guide a group of Siberian Cranes hatched in captivity toward their southern wintering grounds".

Peskov, however, remarked that the Russian president was "absolutely" healthy, pointing out that not all of the meetings the latter was conducting "constantly" were public.

In October 2014, an article by Richard Johnson published by Page Six claimed that Putin has pancreatic cancer and was allegedly being treated by "an elderly doctor from the old East Germany whom Putin met decades ago while serving in Dresden for the KGB".

The author even quoted Crispin Black, "the British army veteran who reports on terrorism and intelligence", as describing Putin pardoning Mikhail Khodorkovsky as an ominous sign, possibly aimed at "clearing his conscience".

"Others say Putin has three years to live and wants to leave a legacy of expanding the Russian borders just like Peter the Great or Stalin. Take your pick", Johnson surmised - "three years to live", six years ago.

And in 2012, BBC quoted then-Japanese Prime Minister Yoshihiko Noda as saying that Putin postponed a visit to Japan because his "health condition is bad".

While the media outlet mentioned a number of speculations about Putin's rumored "back trouble", including alleged spinal damage during a judo match mentioned by Belarusian President Alexander Lukashenko, it also pointed out that the Russian head of state's "reported ill health has not stopped him receiving German Chancellor Angela Merkel and other international figures in Moscow in recent weeks".