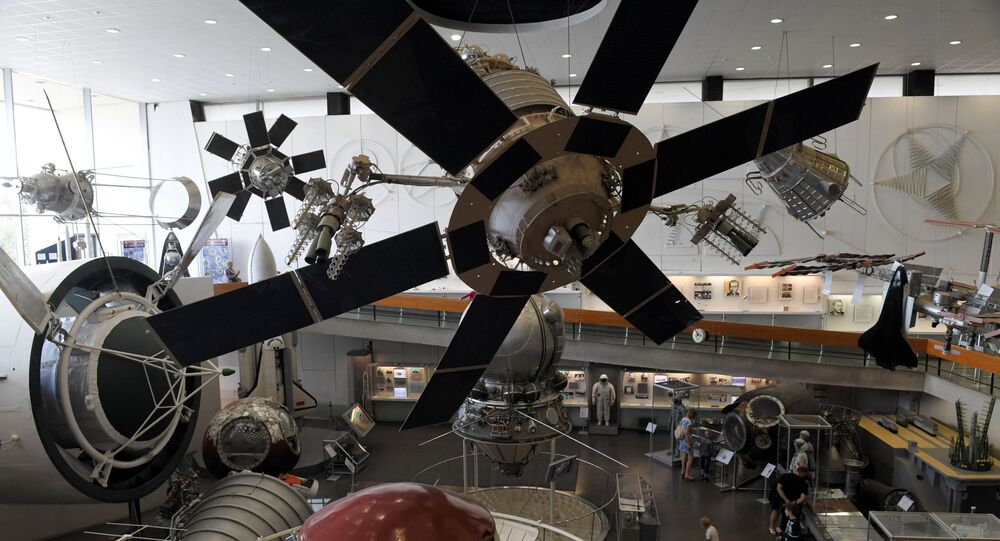 A meeting on the development of the space industry is taking place in Moscow on 2 November, with one of the key areas under discussion being the country's space missions, Kremlin spokesman Dmitry Peskov said.

Russia's priorities in the space industry are to increase the orbital satellite group, build advanced satellites, and more innovative rockets, President Vladimir Putin has said at a meeting on financing and development of the space industry.

According to Putin, the country’s main priorities are "the improvement of our own space infrastructure, the building up and qualitative improvement of the grouping of spacecraft", as well as the continuation of manned programmes.

Among these priorities are also "the creation of a promising line of rocket complexes, an increase in the share of innovative space technology, products and services", the president said at the meeting.

For decades, Russia and the United States have been engaged in a space race to achieve global firsts in spaceflight capability. It had its origins in the ballistic missile-based nuclear arms race between the two nations following World War II.

The US is reportedly attempting to commercialise low Earth orbit with plans to privatise the International Space Station (ISS). NASA officials have also indicated that US-led plans to colonise the Moon could lead to private companies mining the lunar landscape for rare minerals.

© AP Photo
Putin Says US Withdrawal From INF 'Grave Mistake', Creates Risk of Nuclear Arms Race
Creation of the US Space Force was prompted by the Chinese and Russian development of weapons that could be used against satellites, according to US officials.

Washington continues to baselessly accuse Moscow and Beijing of presenting "the greatest strategic threat" in the space sector, the Russian Foreign Ministry said.