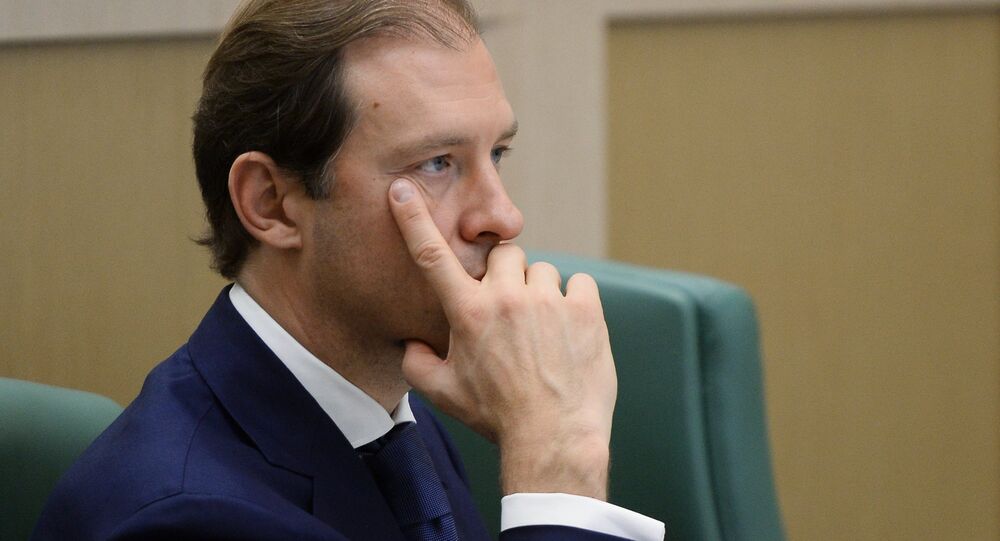 'No Adverse Effects': Russian Minister on Why He Chose COVID Vaccine Based on Human Adenovirus

In August, Russia registered the world’s first vaccine against the coronavirus, which was highly praised by health experts across the globe and evaluated in the renowned medical journal Lancet. More than 50 countries have expressed interest in purchasing the vaccine, which is named Sputnik V.

Russia’s Minister of Industry and Trade Denis Manturov has revealed why he prefers a coronavirus vaccine based on human adenoviruses over those that are based on monkey adenoviruses. In an interview with Bloomberg, Manturov said that he took Russia’s Sputnik V inoculation before the end of the Phase 3 trials, as it has no adverse effects on the body, aside from mild symptoms.

"I prefer the human adenovirus. This method is well-known and the formula is available so all experts can get the clear picture of how the vaccine works and of its benefits, namely that there are no adverse effects, except for maybe mild symptoms during the first few days. I had some fever in the evening, maybe for a few hours. The next day – mild headache", Manturov said.

According to the minister, he took the jab because he considered it his responsibility as he is in charge of the production of coronavirus vaccines. Manturov also stressed that the vaccine has helped him to protect both himself and those he works with, as in his line of work he meets a lot of people. The minister added that his son and his 84-year-old mother also decided to take the Sputnik V vaccine.

How Does Russia’s Vaccine Work?

The vaccine, developed by the Gamaleya Institute and which enables individuals to develop immunity against COVID-19 for up to two years, is based on the adenovirus, a virus that can cause the common cold. Scientists first modify it, turning it into the adenoviral vector, which is harmless and unable to reproduce in the human body. After that, scientists inject the SARS-CoV-2 genome into the adenoviral vector. When the vaccine is administered to an individual, cells in the body start to produce the coronavirus spike protein, prompting the immune system to produce antibodies and activate cells to destroy those that have been infected with the coronavirus.

What makes Sputnik V vaccine unique is the fact that it is based on two human adenovirus serotypes - number 5 (Ad5) and number 26 (Ad26) - giving it a clear advantage over the one-vector approach used by other developers. Sputnik V consists of two injections administered within a three-week interval.

Sputnik V is now completing its Phase 3 trials as required by the World Health Organisation. According to Kirill Dmitriev, CEO of the Russian Direct Investment Fund (RDIF) - the organisation that invested in the development of the inoculation, 50 countries have already expressed interest in purchasing the vaccine. The RDIF has also received requests from over 20 countries for a total of one billion doses of Sputnik V.