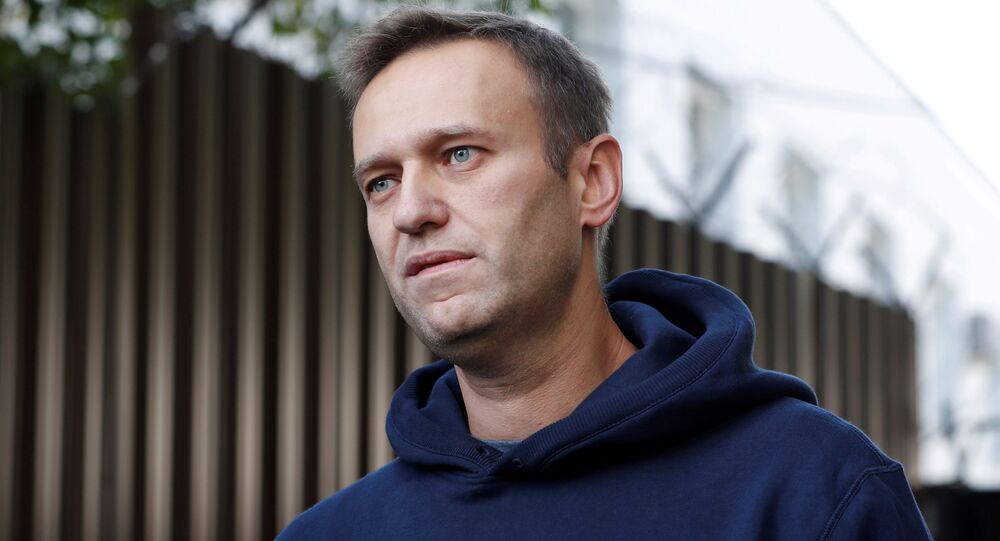 Previously, France and Germany promised they would send suggestions for targeted sanctions against Russia relating to the Navalny case to their European Union partners in the near future should Moscow not "explain" why and how the political activist had been poisoned.

The incident with Alexei Navalny's alleged poisoning was just a pre-text for imposing sanctions against Russia that had long been in the works, Foreign Ministry spokeswoman Maria Zakharova stated. She added that Moscow will respond to the introduction of sanctions accordingly.

The spokeswoman went on to note that the sanctions would serve none of the goals stated by the Western nations relating to the alleged poisoning of the Russian opposition figure.

"Sanctions, stop lists, restrictive measures – they have always led to one thing in international relations - retaliatory measures. Symmetrical, parallel or similar. […] The question is – what do they want to achieve [with sanctions]. To learn the truth, to figure it all out? How are sanctions going to help with that?!" Zakharova wondered.

Zakharova's remarks come in the wake of France and Germany announcing that they are planning to forward their suggestions on targeted sanctions against Russia to the EU’s member states. Berlin's proposal targets Russian individuals, but does not include measures against the Nord Stream 2 pipeline, despite many European politicians suggesting that it could be targeted

German Foreign Minister Heiko Maas stated earlier on 8 October that Nord Stream 2 is an international project, referring to it involving a number of European energy giants alongside Russia’s Gazprom. He noted that in light of this, a decision on sanctions against the pipeline needs to be reached with an EU-wide consensus.

Why is EU Mulling Imposing Sanctions Against Russia Over Navalny?

Navalny fell gravely ill during a domestic flight on 20 August and was rushed to an Omsk hospital, where he went into a coma. Local doctors managed to save his life and stabilise his condition, but could only draw a preliminary conclusion as to the cause of his illness. In their opinion, he had suffered from a sudden drop in sugar levels, as analyses of his samples showed no traces of poisonous substances.

After Navalny's condition was stabilised, his family requested that he be transferred to Germany’s Charite hospital. The political activist eventually came out of his coma in September, but not before the German government had accused Moscow of poisoning him, claiming that military laboratories had found traces of a Novichok-group nerve agent in his blood. Berlin demanded that Moscow provide an "explanation", but Germany has so far refused to hand over the data that it based its accusations on.

Russia has denied all the accusations and noted that neither the doctors in Omsk, nor at Charite found traces of a military-grade nerve agent in Navalny's blood. Moscow has slammed the case as made-up and demanded that Berlin provide factual evidence in order to determine what happened.