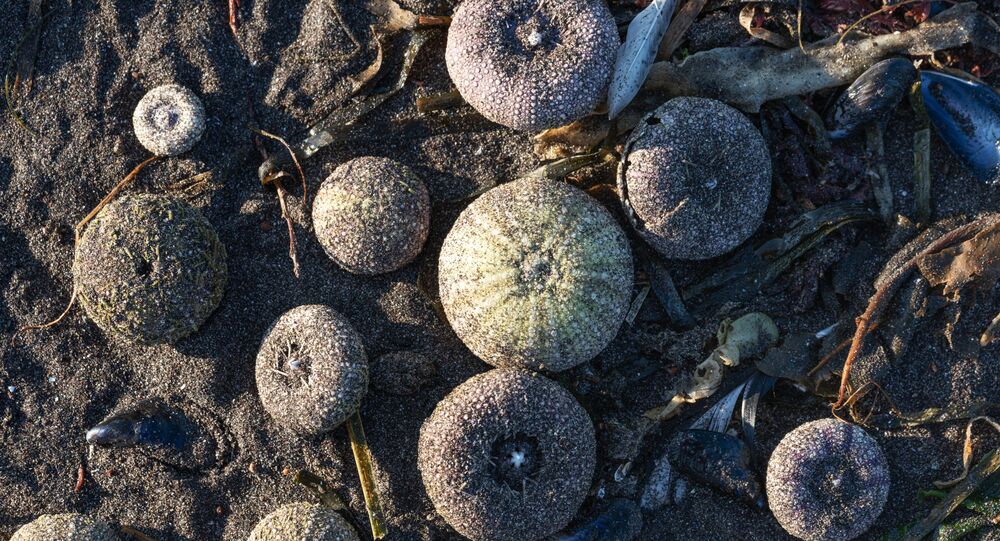 PETROPAVLOVSK-KAMCHATSKIY, Russia, (Sputnik) - The ecological situation on the Khalaktyrsky Beach of Russia's Kamchatka peninsula is improving after the mass stranding of sea animals and a hike in oil products in the seawater were reported, Vera Polyakova, the head of the Kamchatka Hydrometeorological Service, said on Monday.

"Yesterday [Sunday], we collected samples at the Khalaktyrsky beach. All indicators are within permitted limits, with the only slight excess of 1.4 TLV [threshold limit value] for phenols. This is better than it was on September 29. That is, the situation at Khalaktyrsky beach is improving," Polyakova said.

She noted that specialists would take additional samples later in the day.

"We will be taking samples at regular intervals. This week we have a scheduled sampling throughout Avacha Bay, we will take samples at Khalaktyrsky Beach today. Today, together with the Kronotsky [Nature] Reserve, we will travel to the area of ​​Khalaktyrsky Beach. Samples will be taken in rivers that flow into the Pacific Ocean. ... And based on the results of the analyzes, decisions will be made. If any excess is found there, the regulatory authorities will act on it," Polyakova added.

In the meantime, the Kamchatka government is going to deploy its own system for collecting data on the state of the environment.

© Sputnik / Aleksandr Piragis
Russian Prosecutors Monitoring Probe Into Kamchatka Seawater Pollution Incident
Vladimir Solodov, the governor of the Kamchatka Krai, has previously said that he was going to propose a unified environmental monitoring system at the federal level. In his opinion, Kamchatka could become a pilot region for testing this initiative.

"Each department, within its competence, collects information, but I believe that we must move on to the formation of a single common base where information will be quickly collected and available to everyone. Moreover, citizens will be able to supplement it with their own observations, photographs, messages from the field, by doing this we will make the system more dynamic. We are now actively working on the deployment of such a system on the basis of our portal Vporyadke41.ru," Solodov said.

In late September, surfers who had come into contact with seawaters on Kamchatka's ​​Khalaktyrsky Beach showed signs of poisoning. A 3.6-time increase in oil products was later detected in the water and a two-fold increase in acidic compound phenol. Photographs of large numbers of dead marine animals ashore have been circulating online in the past several days.

On Saturday, the Kamchatka branch of the Russian Investigative Committee launched a probe into a possible environmental incident. Samples of sand, water, as well as biomaterials of dead animals were sent to Moscow for analysis. The first study results may be released later on Monday.