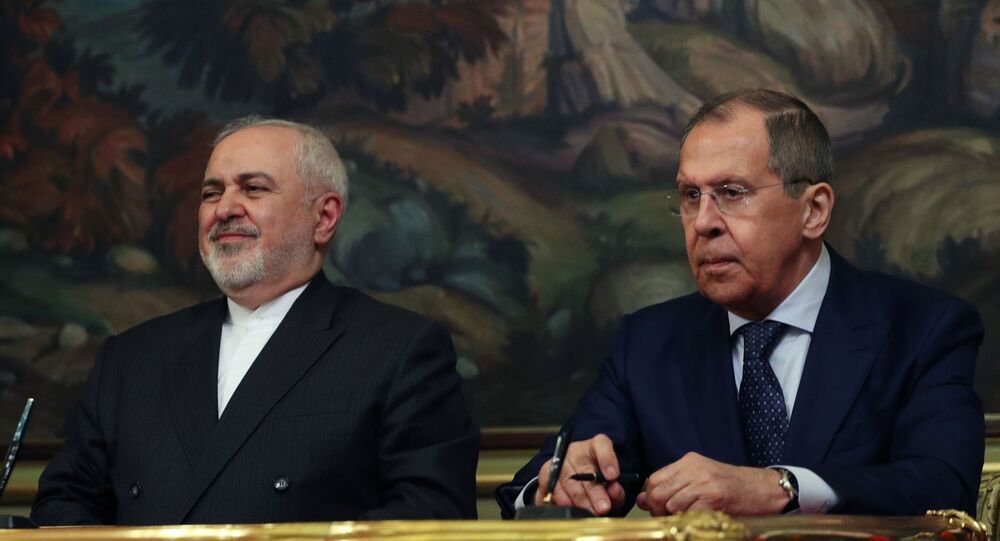 Iranian Foreign Minister Mohammad Javad Zarif said earlier in the day that the United States must compensate his country for the damage suffered by Iran if it wants Tehran to return to the 2015 nuclear pact.

Sputnik is live from Moscow, where the Russian Foreign Minister and his Iranian counterpart Mohammad Javad Zarif are speaking to the press following their meeting.

The discussion is expected to focus on bilateral ties, regional matters and the JCPOA.

In 2015, Iran signed the JCPOA with China, France, Germany, Russia, the United Kingdom, the United States, Germany and the European Union. It required Iran to scale back its nuclear programme and severely downgrade its uranium reserves in exchange for sanctions relief, including a lifting of the arms embargo five years after the deal's adoption. In 2018, the United States abandoned its conciliatory stance on Iran, withdrawing from the JCPOA and implementing hard-line policies against Tehran.